This week has been rough. Currently we are in the middle of working like mad on our Holiday line and getting ready for a big holiday event. Soren and I work all day every day and we are looking forward to working even more through the Holiday sales season. It’s a dream come true and it’s exhausting. What is crazy, is that life (kids, church, family, school) keeps happening too. I wound up in the ER for the first time last Saturday and things took a really unexpected turn. It’s funny how life just doesn’t stop because I work more huh? 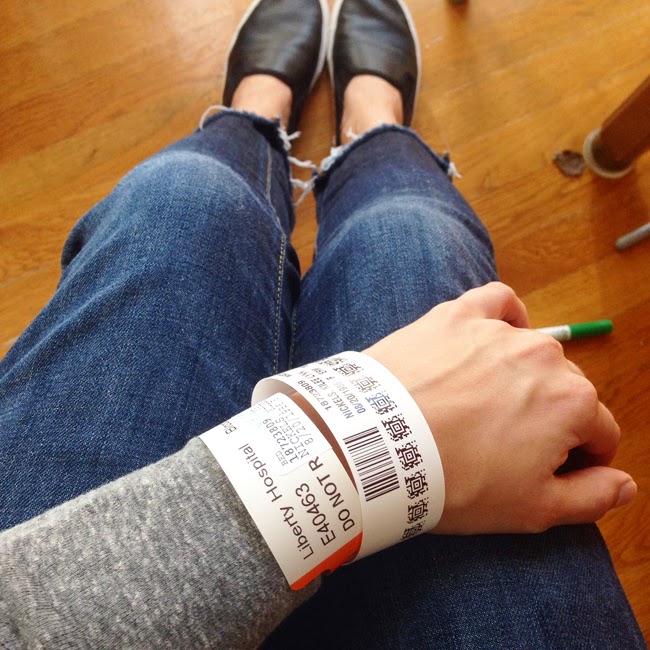 We took family photos a few weeks ago and I had fun planning a little something extra as part of our photo shoot. I wasn’t sure when I would share it here on the blog, but I was so happy with the results. It was just how I wanted to announce my fourth pregnancy. 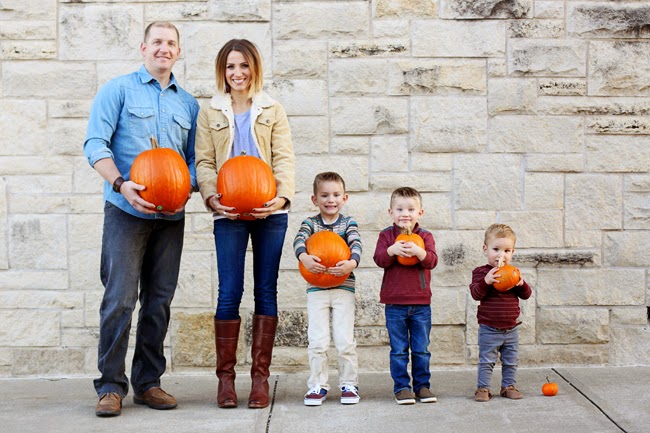 Yep, back in September we found out I am expecting. It came as a shock, even though we know we want to have more kids. It was just like 6 months early in the grand scheme of Kilee. I have never been more freaked out about being pregnant. Maybe it’s because I know what having a baby changes, or maybe it’s because I feel like I just had a baby in June when we launched Nickel & Suede. Either way I was panicking and it took me some time to process the news. Soren however was thrilled and so was everyone else we told. “Maybe it’s a girl”, “I’m sure it will all work out”, “babies are wonderful” are all things that I heard and told myself. So when we got out pumpkin announcement photos back last week, I think I had finally managed to become excited and on board with baby #4.

We got our photos back Tuesday and Thursday night I started bleeding. I was a little freaked out, but Google said it was normal so I just remained calm and carried on. Friday I kept bleeding- here and there. Google still said it was normal and I hadn’t seen my doctor yet so I didn’t really want to make an emergency appointment on a Friday. Saturday morning I was still bleeding. I called the clinic and they told me what I did not want to hear- “You need to go to the ER to get some blood work done.” Time to panic.

Soren had left to play Ultimate Frisbee that morning – without his phone- so I showered and got ready and found a babysitter for the kids. He tends to freak out about any medical issue so I hadn’t really told him I was still bleeding after the first night. Of course when he got home and I told him we needed to go to the ER  he was worried and told me to go immediately- by myself if need-be. And I was all “I’m not going alone. They will think I’m a teen mom and ask where the Father is!” (Not to mention there was no way I was going alone to deal with whatever was going down at the hospital.)

We drove to the hospital and checked in. They saw us really quickly and drew a ton of blood. Then I had the luck of getting a catheter and a very intense ultrasound. I’ll spare you the details but it was not fun.But compared to what the ultrasound tech had to say, the details were a breeze. She showed me the baby but had nothing but bad news. My uterus was measuring 10.5 weeks, which was correct, but my tiny little baby was only measuring 8 weeks. And there was no heartbeat.

I really didn’t know how to react. I was just in shock. They unhooked me from everything, wrote me a pain med prescription and sent me home with instructions to check in with my doctor. The doctors and nurses were really kind, but it was all really surreal. I had barely felt pregnant and now I wasn’t going to be anymore. The worst part was knowing I had a non-living baby still inside me.

We drove home and had a rough afternoon. You can stop reading now if you aren’t into TMI.

My biggest fear came true about an hour after we got home. The doctors told me I would officially miscarry and it would just be like a heavy period. Which was partly true. And I really wanted it to go like that. But unfortunately, or fortunately, before all of that heavy stuff- there was a tiny, tiny baby. I found it when I went to the bathroom and it was just laying there on my pad. It was the worst. I just started sobbing. I left it all there and ran and found Soren. Suddenly it was all real. A tiny living thing had been growing inside of me. What was I supposed to do with it? I couldn’t just throw it away! I couldn’t just flush it! It was heartbreaking. Thank goodness for steady husbands. Soren saved me. Really. He took the little guy (or girl maybe) and put it in a half of a contacts case. He buried it somewhere in the yard and I was so grateful. I just couldn’t deal with it.

Neither of us knew how we would react to what happened. I didn’t have the empathy or ability to understand a miscarriage until it happened to me. I still feel like it was so different than I ever thought. The baby was less than an inch long. But it wasn’t just bodily waste. It was on its way to being a real person. All I knew what that it deserved more respect than a flush or the garbage.

Except it was kind of great. I had so many concerned and amazing friends checking up on me and I honestly felt like I gained so much life experience. I saw and felt something that I’ve never understood before and even though it sucked, I’m grateful for it. Weird right?

I am disappointed we aren’t having a baby in 6.5 months. My plans were a little messed up when we found out we were pregnant and then now they’ve been messed up again. I’m bummed the first ten weeks of this pregnancy were a waste and so was the five pounds I gained. I’m sad Knox won’t have his close sibling, although he still can. And I’m really just mostly sad for the loss of the little life I was growing. It’s tragic.

But I am so, so thankful for my sweet boys and especially my current baby Knox. I’m thankful for experiences that push me out of my emotional comfort zone. I’m thankful to be able to trust in God’s timing- or try to anyway. And I really do feel better than I’ve felt in ten weeks. Heaven knows I need my energy back for what we have coming our way in the next two months.

I haven’t written anything this personal in a long time. I have a love/hate relationship with being so real here on the blog. It’s really exposing and a little painful, but it feels better to share. The doctor at the ER told me that 25% of pregnancies end in miscarriage so I guess our family is just keeping up the average. I know many of you have likely had a miscarriage as well. And well, now I can say I’m with you- its the worst. But I’m doing okay. We’ll be okay.

With Kilee Nickels Podcast: Advice From My Mom -Episode 55

Our Favorite Furniture- The Living Room