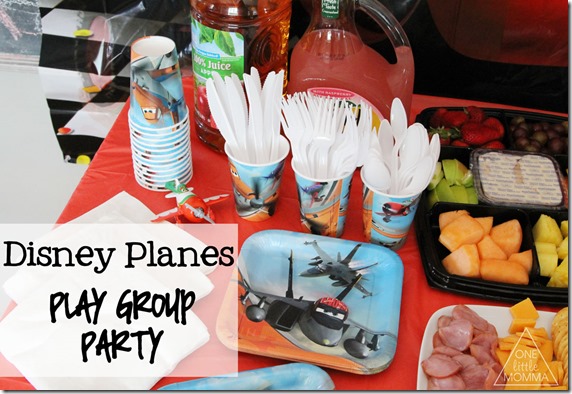 I have been in charge of running our play group for the last few years and I’m at it again this year. We had a fun end of Summer pool day a few weeks back, but I thought it would be fun to do something for the little kids to kick off play group once school started back up. My family saw the new movie Disney Planes last weekend and my boys loved it! They are huge Cars the movie fans and talked about Planes the movie nonstop after we saw it. Our playgroup is mostly boys and after seeing the movie I knew that throwing a Planes/Cars party for back to school would be a great idea. 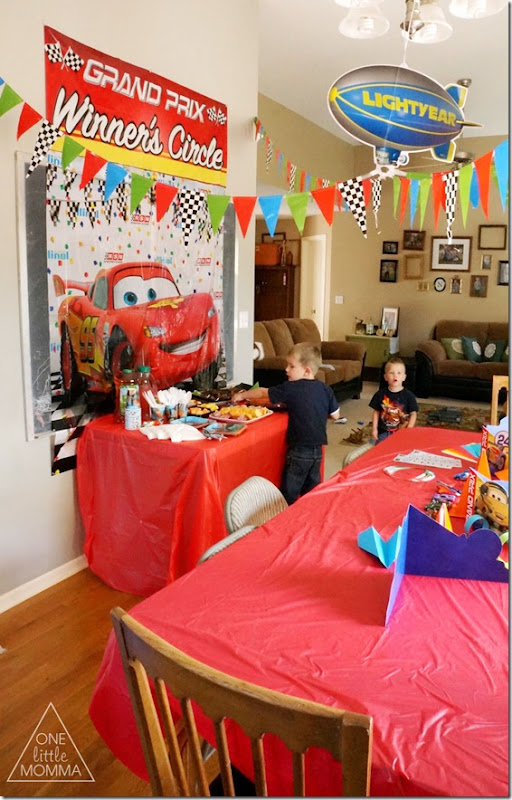 I headed to Walmart for our party supplies and decorations and they did not disappoint. They had so many Disney Pixar Cars decorations to choose from and a little bit went a long way! One of my favorite decorations was the Hanging Centerpiece with Banners. It really filled up the room and made it feel like a party! 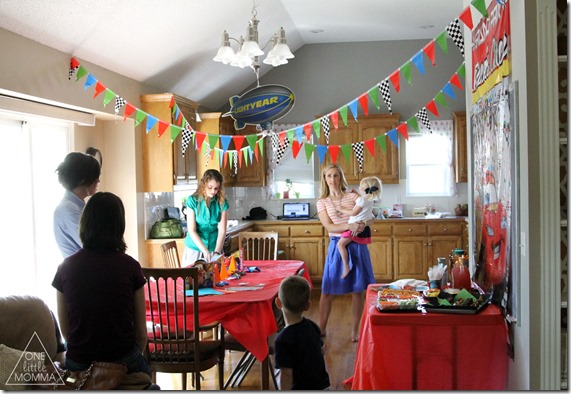 We have playgroup on Wednesday mornings so I knew that I, and the other moms, would want healthy snacks and minimal treats at that time of day for the kids. Walmart had great premmade trays of fruits and veggies and meat and cheese that made party prep so easy. 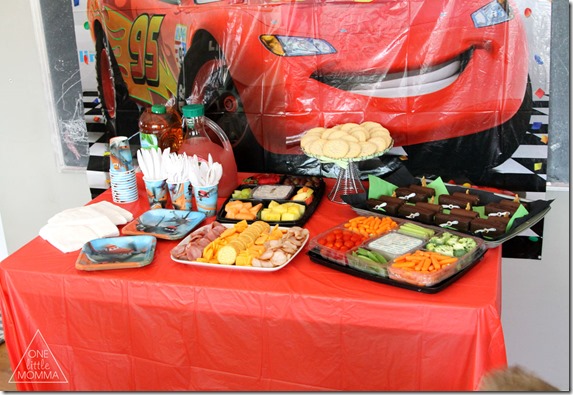 How cute are these snack cake planes? Ashley at Apples by Ashley put them together using a Swiss Roll, a Sara Lee Cake, a pretzel, and waffle cones. They were the perfect Planes themed treat! 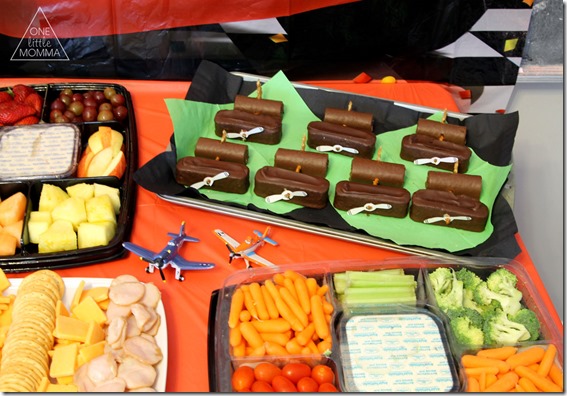 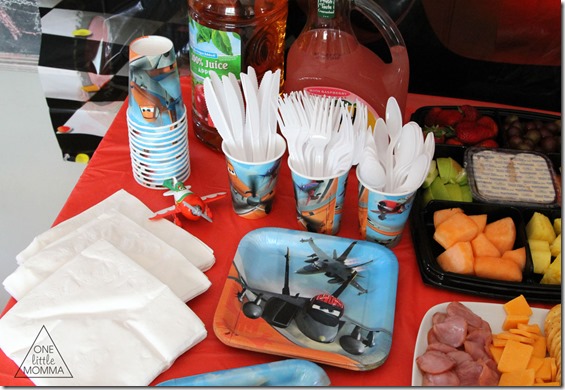 The food and snacks were a hit. The kids were sneaking them even before we all ate. Finger foods worked really well for the age group we had. As you can see, Kesler and Easton both wore their Car’s shirts in honor of the party. 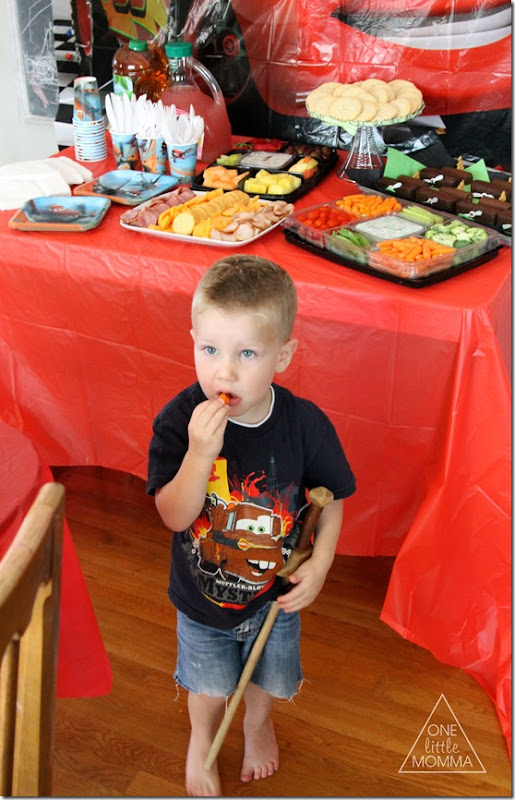 And like I said, decorating was so easy. I bought some streamers in red and yellow Disney Pixar Cars colors and hung them around. The Disney Pixar Car’s party decor packs had cardboard decor to hang up as well. 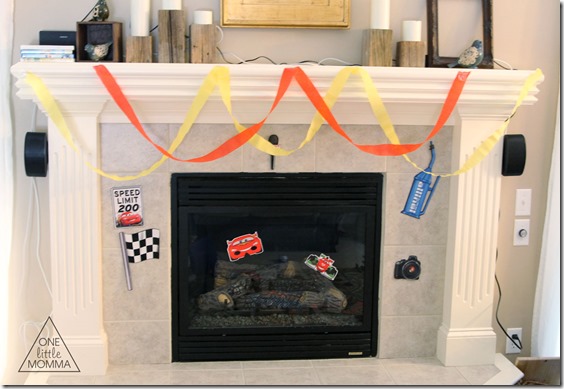 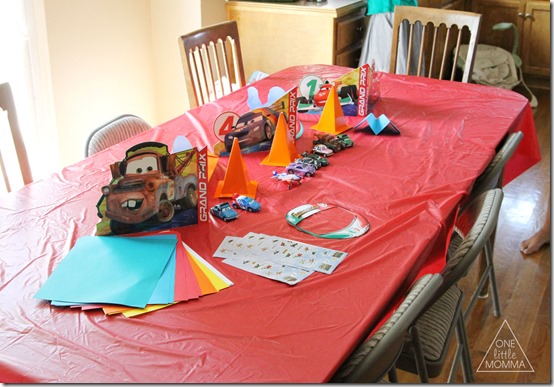 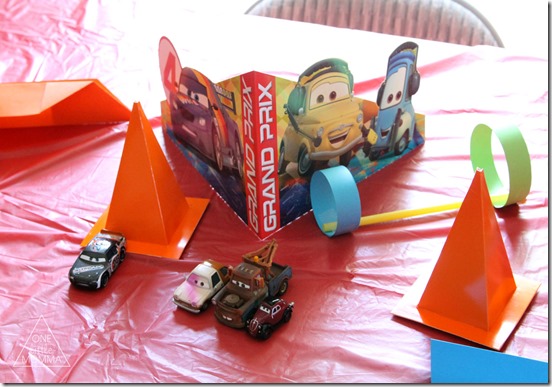 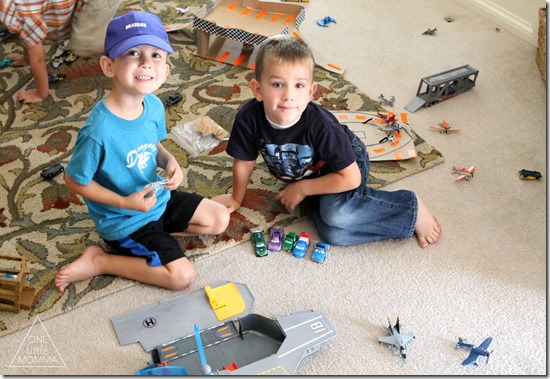 The boys all crowed around and played with the Planes toys for the entire party. It was hard to pull them away and I loved seeing them get along so well together. 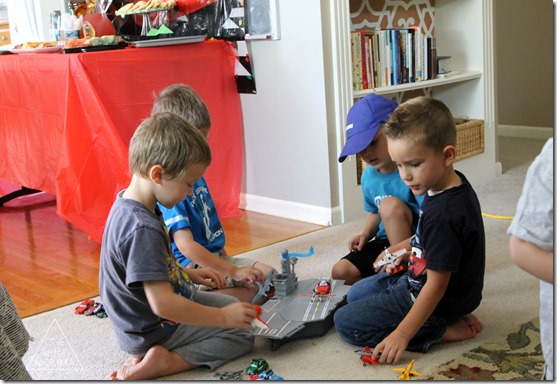 As a party activity I bought Disney Planes stickers and colored paper for the kids to make and decorate paper airplanes. 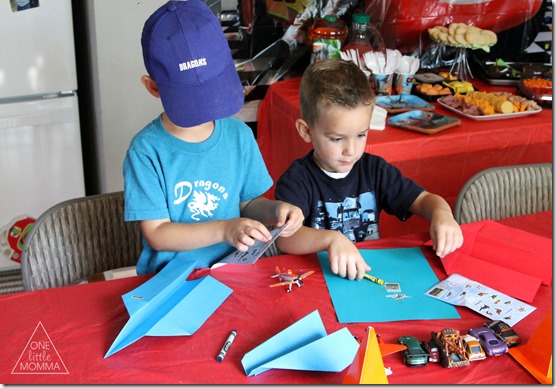 We had fun trying to fly them, but I think this is where the Dads would have come in handy. I’m pretty sure the quality of paper airplanes would have gone up tremendously with a few adult males present. 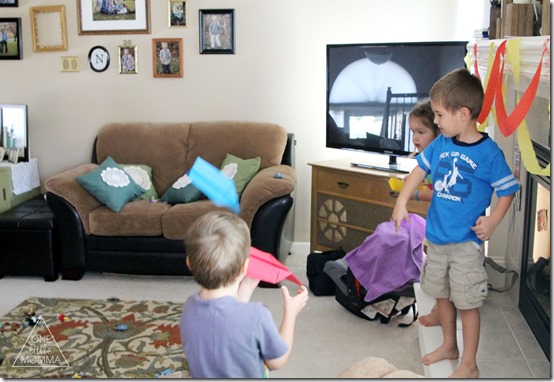 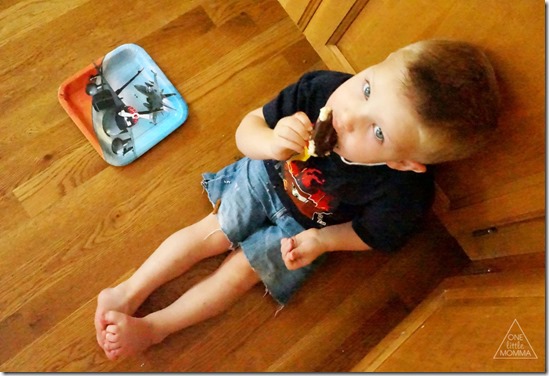 After snack/lunch the kids all got to decorate a sugar cookie with red, yellow and blue icing and sprinkles. I wanted to make plane shaped sugar cookies, but time and energy ran out before I could make them. Luckily the pre-made ones from Walmart did the job for me. I bought cheesecake for the mommas to enjoy while the little ones went to town decorating cookies. And that was a good decision! 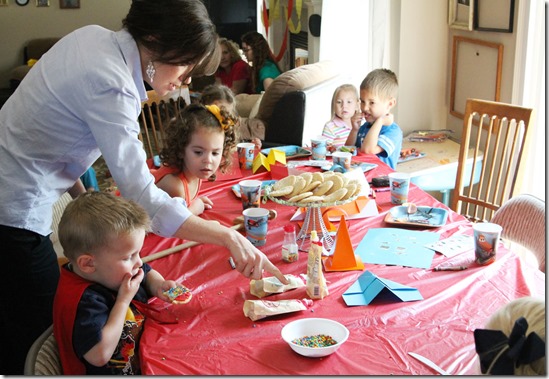 The kids and moms all had a great time. We all commented on how fun it was to have an unexpected party rather than waiting for a birthday or holiday. The boys and girls loved the Disney Pixar Cars decorations and fun Disney Planes toys to play with. We just might have to make this back to school play group party a tradition!