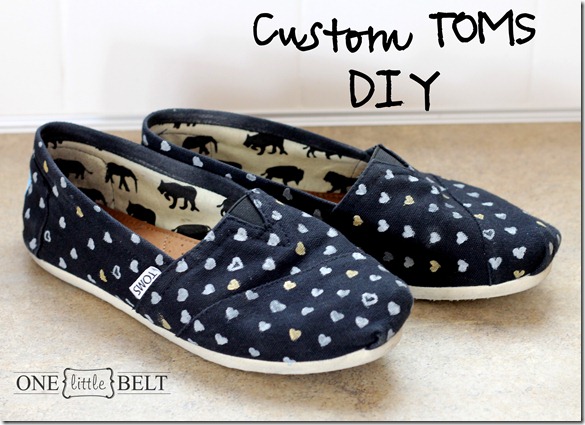 As you might know, I got my second pair of TOMS for my birthday. I shared my tip for saving the toe here. My first pair is the snow leopard print and after wearing this solid colored pair for a while, I realized I prefer a print!
I’ve been toying with the idea of painting them for a while but couldn’t decide what to do. Its not like I can afford to mess them up! After debating adding glitter, stripes, polka dots or an animal stamp, I decided on repeating hearts. 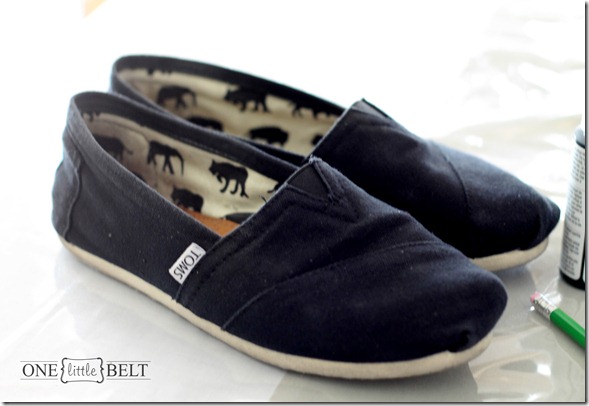 I carved a stamp out of a pencil eraser with a razor blade. I wanted the stamp to be pretty small or I would have used a larger eraser. A pencil worked out perfectly. I collected my fabric paint. I ended up mixing my gray from black and a light gray and I mixed some black into my gold as well. 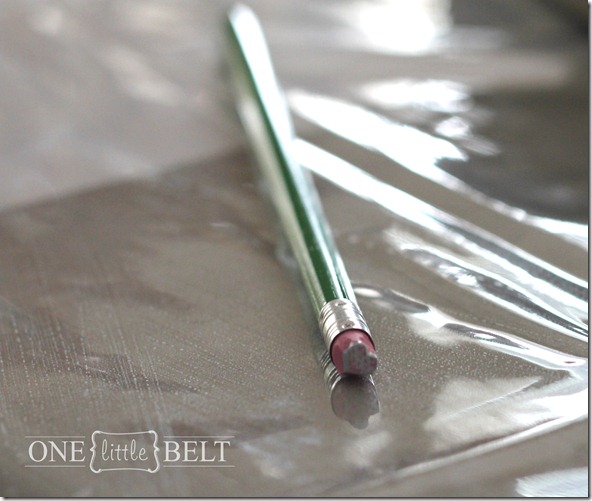 I first did a test stamp on the back of each shoe to see how it would look. One is in gray and the other is in the gold paint. From this test I found out that I would need to hand paint over each stamp to make the paint opaque  enough and to sharpen the shape. 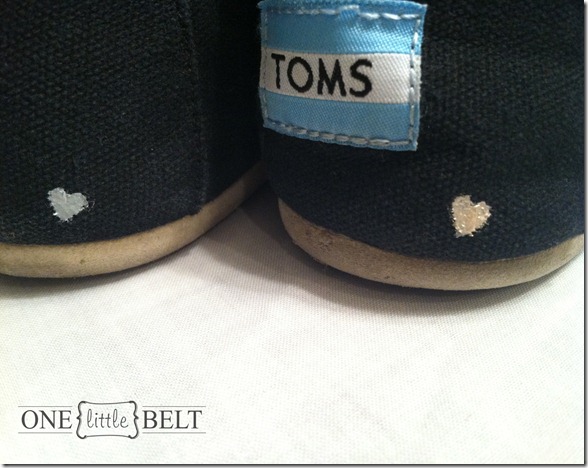 I wore the ‘test’ hearts around for a day to see how well I liked them. The longer I wore, the more I liked them so I knew it was a go. I kept moving from the back to the front because I knew mistakes were more likely at the beginning and less noticeable in the back. 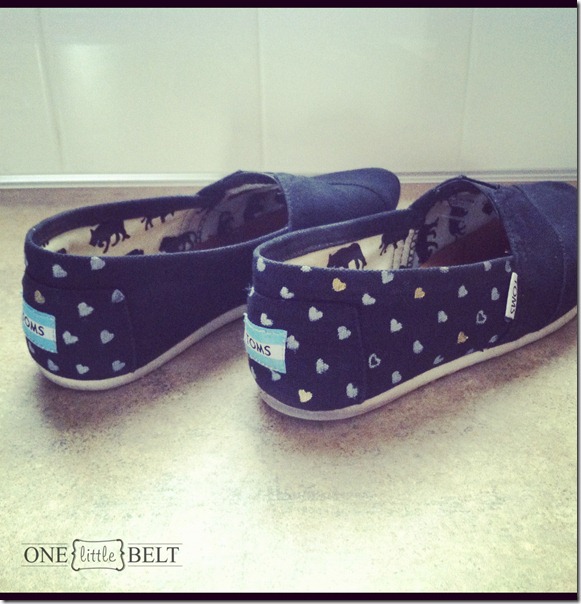 As you can see, I stopped several times to see how far I wanted to take the print. 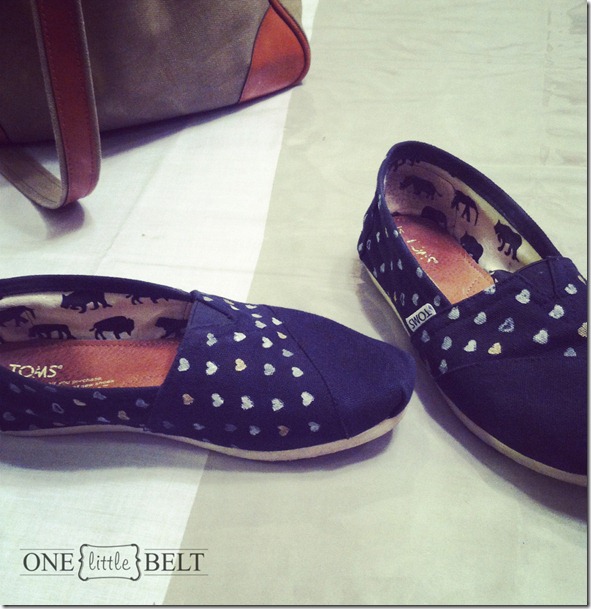 Well, I ended up taking the print all the way. I kept the same diagonal for the hearts until the I reached the toe piece. Then I switched directions, but the lines ended up matching up pretty well. They aren’t perfect, but I love them! In the end I decided that if I had found them printed like this in the store, I would have bought them, which to me equals success! 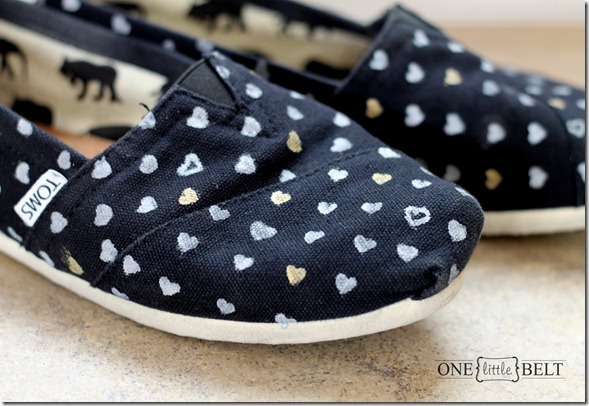 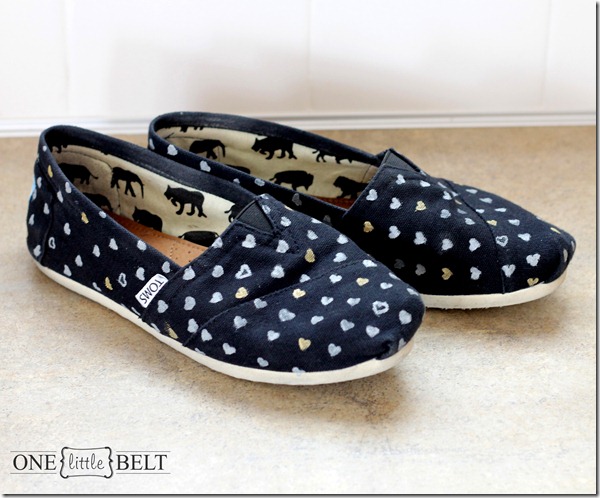 Here is a shot of them on- I can’t wait to style them! 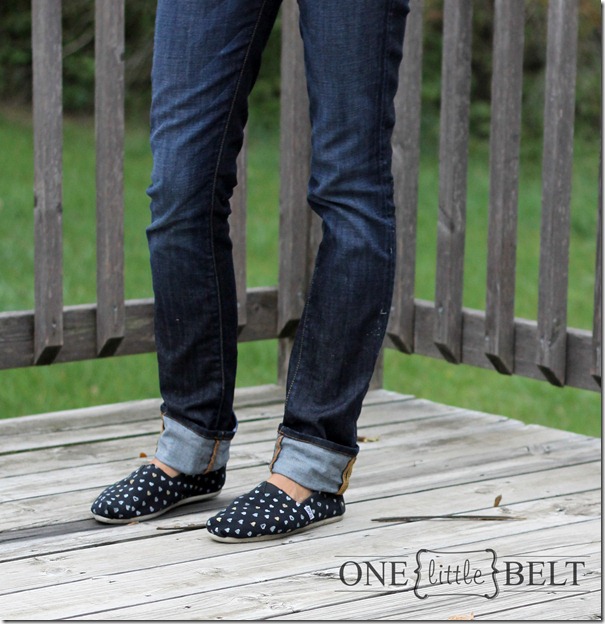 Have you thought about painting yours? My friend bought a fake pair at Wal-Mart and wants to paint them too. What a great, cheap alternative!

←Previous Story
Shop Update: How DO You Make a Belt?
Next Story→
WIWW: Success!!