As a style blogger, I definitely appreciate ‘things’. I love clothes, shoes and accessories as much or more than the next girl. But I’ve come to really appreciate experiences much more than things- especially when it comes to my kids.
When my boys were smaller and had birthdays, I tried doing the fancy, decorated and themed parties. And although it made for cute pictures- it stressed me out and left me feeling ‘meh’ afterwards. Last year I decided to instead ask my kids what they would like to go and do for their birthday rather than what theme they wanted and who they wanted to invite. Easton chose to go rock climbing as a family last year and Kesler chose to go to the Renaissance Festival. And we had the best time! We all still remember the occasion- much more than whatever gifts they received. We still have a cake and a little themed party with my family, but nothing over the top or difficult.  It does take a little more planning to go out and do something, and sometimes it costs more, but it ends up being a win for all of us. 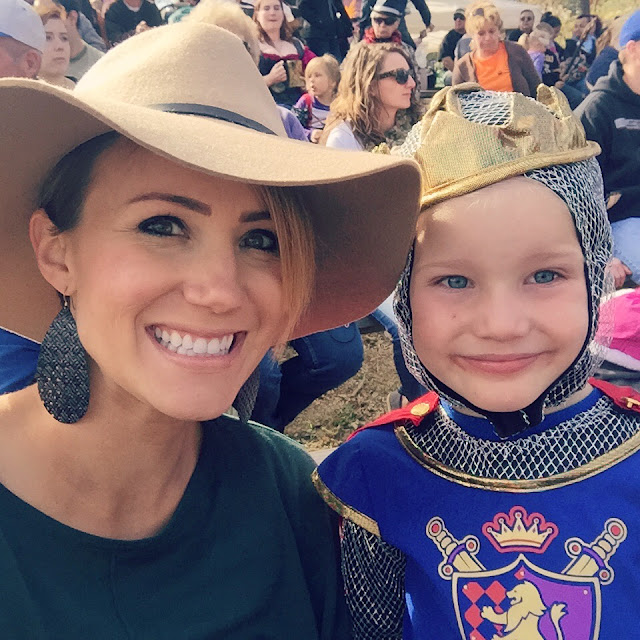 This week our hometown team the Royals are playing in the World Series. We’ve been watching them all season and when we found out they were really going to be advancing to the World Series- we decided to bite the bullet and buy tickets to Game 1. At first I though I might go with Soren, but after about 10 seconds of that, I realized that I was and am in no condition to sit/stand at a baseball game for hours. Even if it is the World Series! We decided Soren would take Easton and that was such a good decision. Easton was so excited to go and they had the best time. The game was a nail biter! It was so eventful that the game went into extra innings and they didn’t get home until after 2 am. 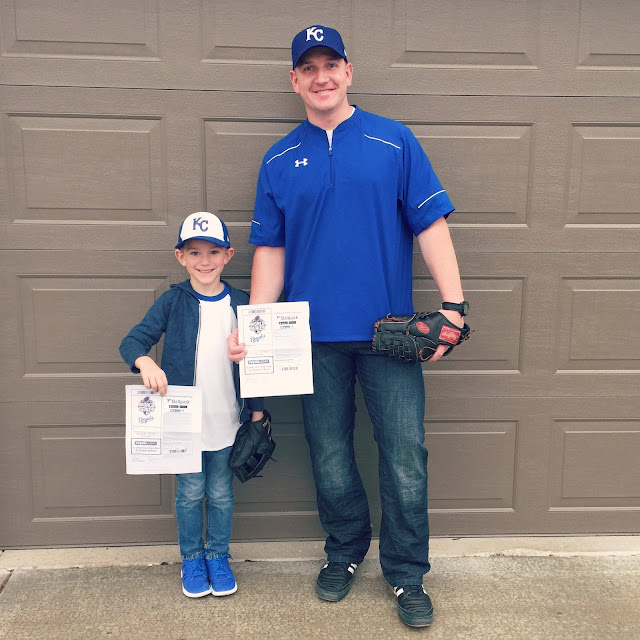 It hurt a little seeing the price tag on those tickets when we bought them, but that was all made up when they texted me this photo from the game. 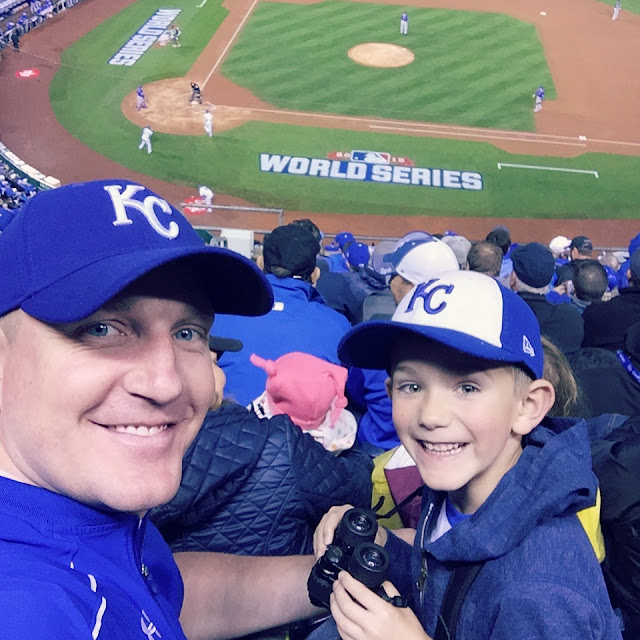 Pure joy right?!? They got to do something together that they will always remember and that is just priceless. This definitely confirmed to me how much I want to continue to look for opportunities to choose experiences rather than things.
Have you found this to be true in your life too? What experiences have you chosen- for yourself or your family?

←Previous Story
Looking Ahead This Week
Next Story→
Flares, a Fedora and My Favorite Yellow- Maternity Style