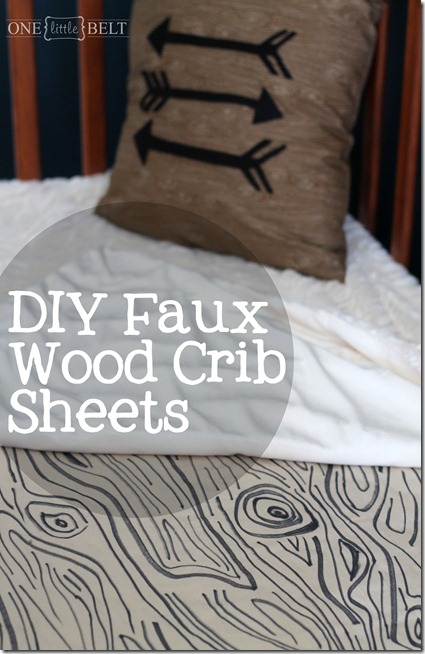 The faux bois or fake wood grain pattern has been trending for at least a year now. I really love it and as I have been decorating my rustic/Western nursery- it only made sense for me to include it. At first I considered drawing the wood grain on one of the walls and then I realized that was crazy. I opted for a much smaller and more manageable surface- the crib sheets.
I bought some basic beige cotton sheets at Target and looked up some faux wood patterns as examples. 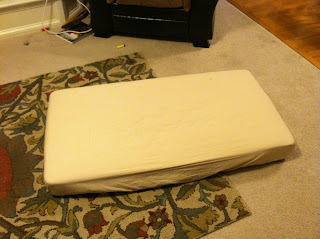 Then I took my wide tipped black Sharpie and got to work. 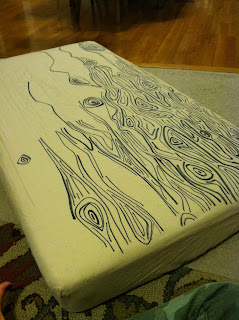 The trick I found was not being too careful or deliberate. It was actually pretty hard to be loose and almost sloppy, but the longer I worked on it the more I got the hang of it. 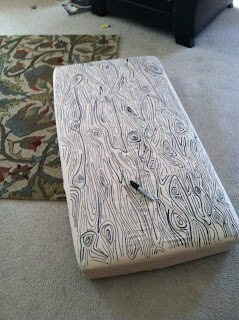 I love how it turned out! It was so much easier than doing a whole wall, but still added a lot of pattern to the room. 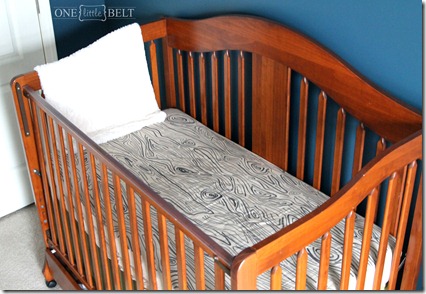 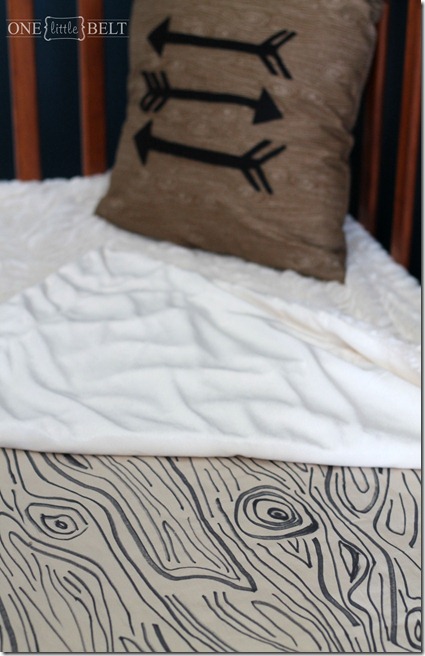 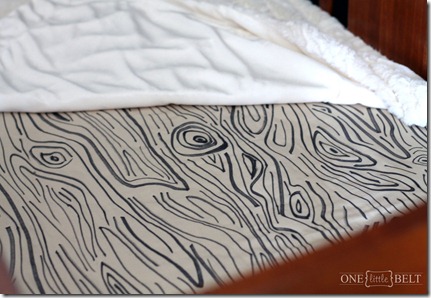 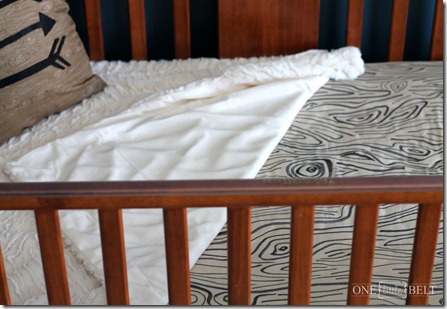 And if that wasn’t enough wood grain for one crib, I found this fabric at JoAnns and covered an extra pillow with it. It was pretty boring until I added some felt arrows. I think it pulled the black in from the sheets really well! 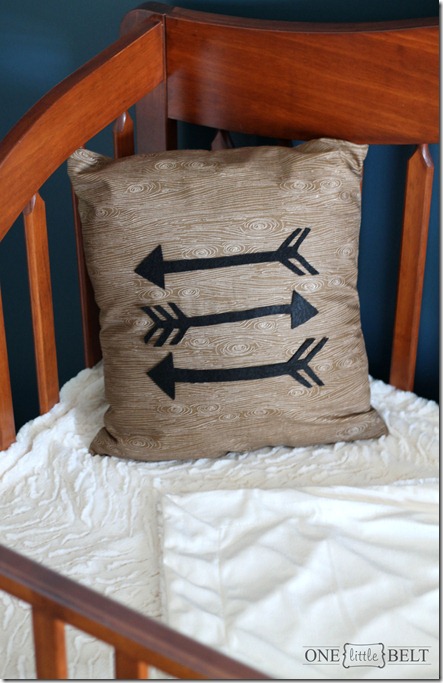 WITH KILEE NICKELS PODCAST: Looking Back on 7 Years of Nickel & Suede