A month or two ago, Soren and I went on a date. I picked him up from work and we headed over to Buffalo Wild Wings for dinner. It was a rare, but welcome night out just to catch up and eat together (also rare!). We sat down and deliberated over what kind of wings to try. It being my first time at the restaurant, I had no idea there were so many kinds of wings. But I knew I liked wings in general, so we went with the basic mild recipe. We waited for our food to arrive and people-watched.
One of the waiters looked really familiar to me, which isn’t crazy because I grew up here in Kansas City, but it was kind of crazy because we were on the other side of the city. I told Soren, “I think that guy’s name is Ethan. I think we went to elementary school together. I think we were best friends and ate orange peels together at lunch.” So Soren replies, “Well you should say hi to him and stop looking at him like that! You look like you hate him!” That sent me on a whole rant of, “Well, I’m just squinting to see if I really recognize him. What if he doesn’t remember me? What if it isn’t him? What if I say something dumb and he thinks I’m crazy? What would I even say to him – especially if he doesn’t recognize me!?!” Of course Soren thought I was being ridiculous and even rude, but I maintained my position.
So, I said nothing. I actually kind of tried to avoid looking at him, just in case it was him and he did remember me. Now I really do sound crazy right?
Around then, our dinner arrived. I typically order milk with my wings (much to Soren’s embarrassment), but that night I stuck with Diet Coke and oh, I paid for it. That mild was not mild. I gave in to the heat after about three pieces and then stuck with my salad. 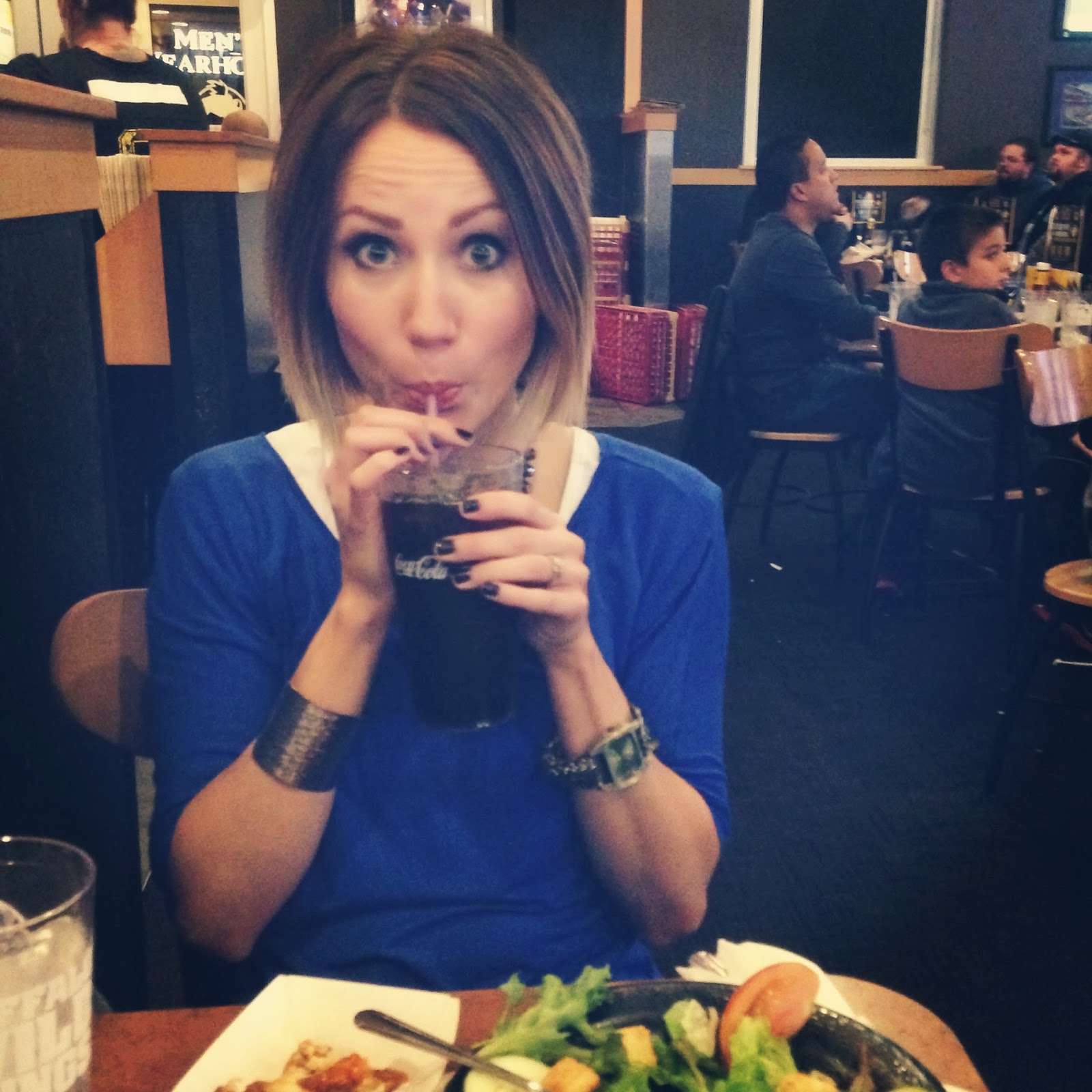 Neither of us could handle the heat! I could not stop laughing at Soren painfully working his way through those wings. He does not like spicy foods at all, but he also hates to waste, so he just agonizingly finished them off. 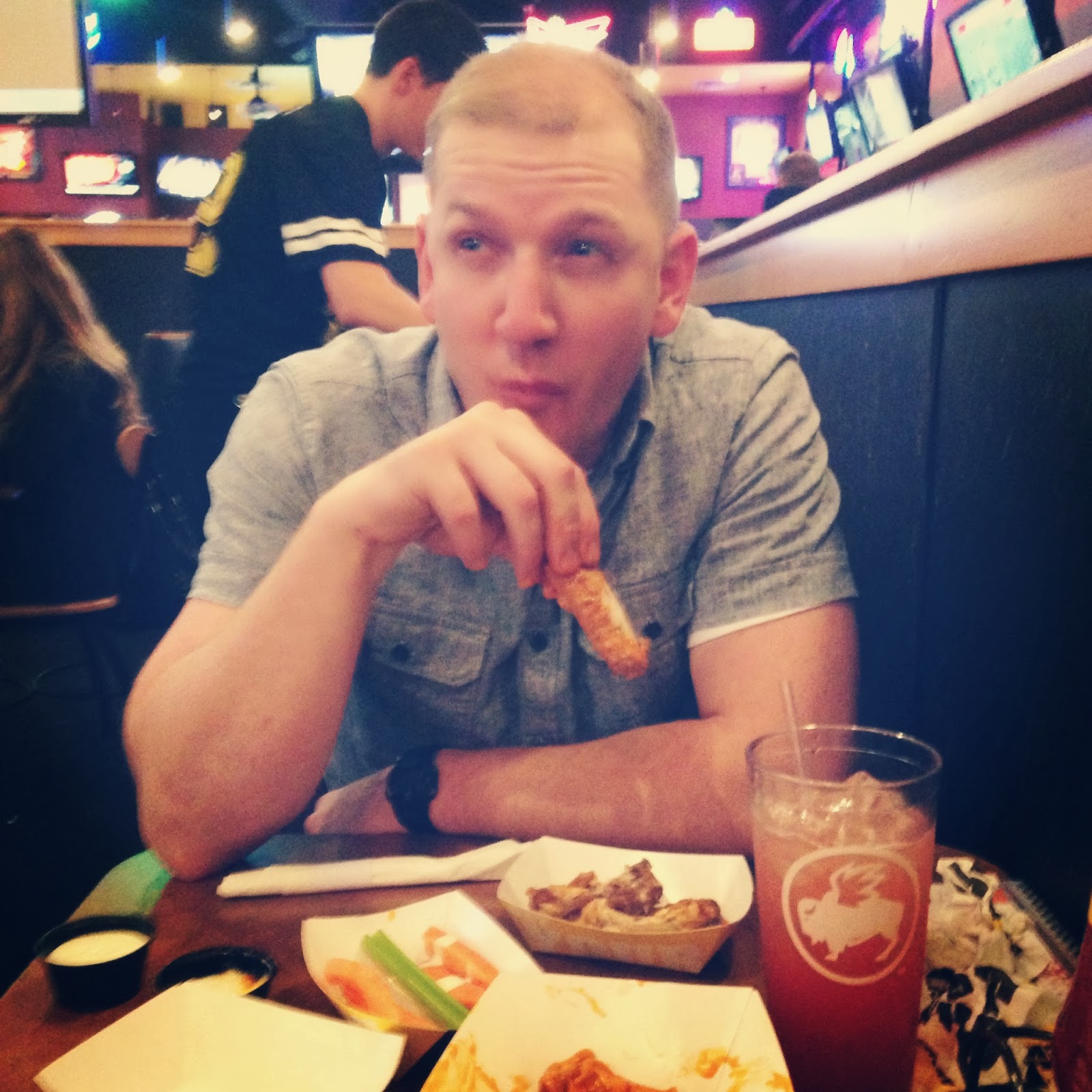 We finished up and I definitely left feeling like dinner was a let-down, but not because of the food or the company. I felt small. Like I really had been a chicken and maybe even rude. As a self-declared introvert, I don’t feel like I naturally possess all of the best people skills. I’m generally afraid of things like phone calls or potentially awkward situations. So in line with that, I honestly believe, like deep in my heart, that if I haven’t seen someone for a few years – or maybe even a year – that they don’t remember me. I also probably don’t remember their name (I’m terrible with names), but even if I do, I would bet money that they don’t remember my name or my face. 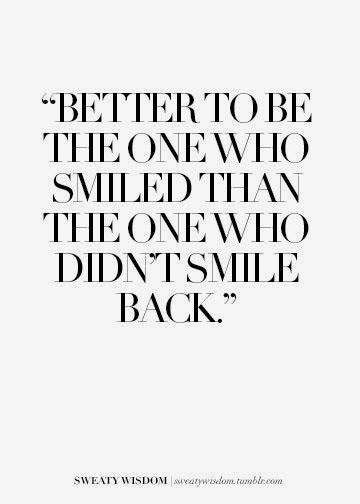 Talking to my husband on the way home and in subsequent conversations I have realized that 1. I am probably wrong. They likely DO indeed remember me. And 2. Wouldn’t it make their day if I said “Hi, I remember you!” first? I’m sorry if this is like totally normal human knowledge, but these ideas had never entered my thoughts. I was so worried about how I would feel if they didn’t remember ME or if I didn’t say the right thing or if I was embarrassed. Seeing a theme? Me too. Why hadn’t I thought of it from the other perspective before?
It feels great to be remembered! Any time that someone recognizes or remembers me I am so taken aback and it feels wonderful – whether I know them or not! I really want to work on this challenge this year because it is all about being brave and open and confident in the best way. I can’t say I’ve done it yet, but I’m committing to it now.
Have you ever struggled with this?  What do you say to people that you haven’t seen in a long time and aren’t sure if they remember you? (I’d really like to hear it – I need ideas!!!)

←Previous Story
5 Trends To Keep Wearing This Year (and Next!)
Next Story→
Change is Awesome