I recently received an email from a momma that really touched me. In fact as soon as I read it I thought, I need to write a post about this. She is also a mother of three boys and wrote about her struggle to decided whether to try again for a girl. Part of her email is below…

I too have three little boys, loooove them dearly! I too struggle with the weight gain of pregnancy and the aftermath it leaves on your body. My youngest just turned three and I feel like I’m finally where I want to be physically. I’ve always been “naturally” thin but now I run and do T25 so I feel strong…. How did you decide to let go of the negative feelings and go for it again? Did you do anything specific to make your chances for a girl higher? Like I said I love my boys dearly,but I’m not sure how I can live my entire life without a daughter. Yes, I know there’s a chance Id have four boys and quite honestly that until recently was one of the reasons I didn’t want anymore.
I know if someone told me you will only gain 25 pounds and have a baby girl I’d get pregnant tomorrow! If someone said you will only gain 25 lbs and have a baby boy, even though I tried alllll the “tricks” to have a girl I know I’d still be happy I did it all again for that one last attempt at a girl AND obviously I’d have another beautiful son and a girl just wasn’t in Gods plan for me.My question is: did you feel the same? Or am I crazy?
Oh- my goodness how I’ve struggled with all of those things. Every. time. I’ve been pregnant. I’ve written about it before and I definitely struggle with the inevitable weight gain that comes with pregnancy. It hasn’t even gotten easier for me. Which sounds really hopeless- but honestly I struggle with it daily right now. 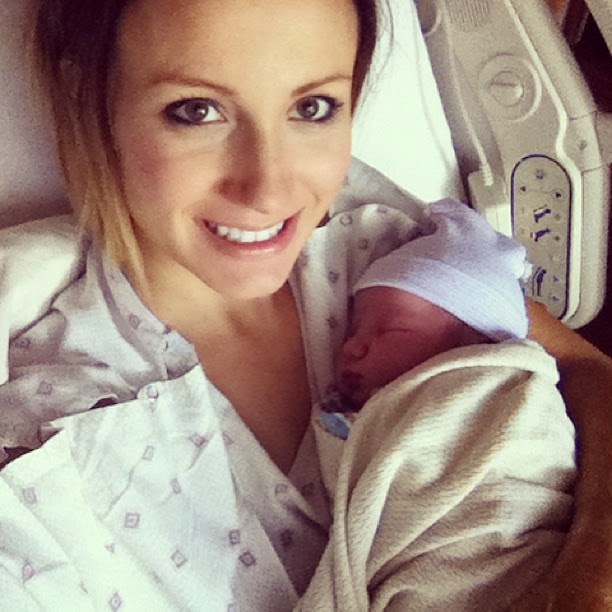 I’ve also always wanted a girl. I have four younger brothers and never had a sister. My brother is having his first (a boy!) this Summer. And obviously boys are our thing too. I was slightly disappointed when I found out Easton would be a boy, but thrilled that Kesler was. When we had Knox I was sure he was a girl- but wrong again. Each time we’ve decided to have another baby, I have made sure I was in the mindset that I was ready for another boy.
BUT the crazy thing is that with each boy that we’ve had- I become less and less opinionated about what we have next. Don’t get me wrong, I would love to have a girl. There is a whole other world that I don’t get to play in because I only have boys. I haven’t given up on that hope, but I feel like being a mom of 3+ boys puts you into another class of moms. I love having boys and I love watching them all play and interact together. I love that they are friends and although they have their differences, they have so many “boy things” in common. So far I know the ‘boy thing’ well, so adding a fourth to the mix feels manageable. 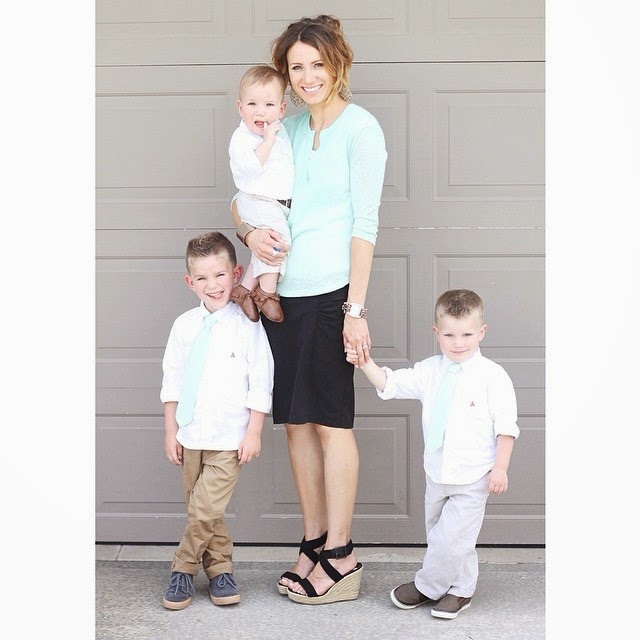 Right now, life is definitely busy and crazy. But as far as my kiddos, I feel like I’ve got myself back a bit. Knox has been sleeping through the night for months and he is really a dream baby/toddler. When I got pregnant last Fall, it scared me to death. We had just started Nickel & Suede and I felt like I was dealing with a newborn again. But things are slightly more organized now. And I’m somewhat in a groove. That has always been my cue that we can/should have another. It sounds crazy because who doesn’t love a groove and being them self?
What it really comes down to that I decided a long time ago that I wanted to have a big family and that being a mom was the most important thing to me. I come from five kids and my husband is one of seven. We both saw big benefits to having multiple siblings and being parents is one thing we both agree on. After we had Easton, we almost couldn’t resist having Kesler very soon after. We both just loved and enjoyed Easton so much. If I think about Knox being our last- I get sad. Our kids are so cool and so fun, I can’t imagine not having more. No matter how difficult being a mom is, I can’t wait to meet the rest of our kids. They make us laugh, teach us things, and definitely stretch me as a person. 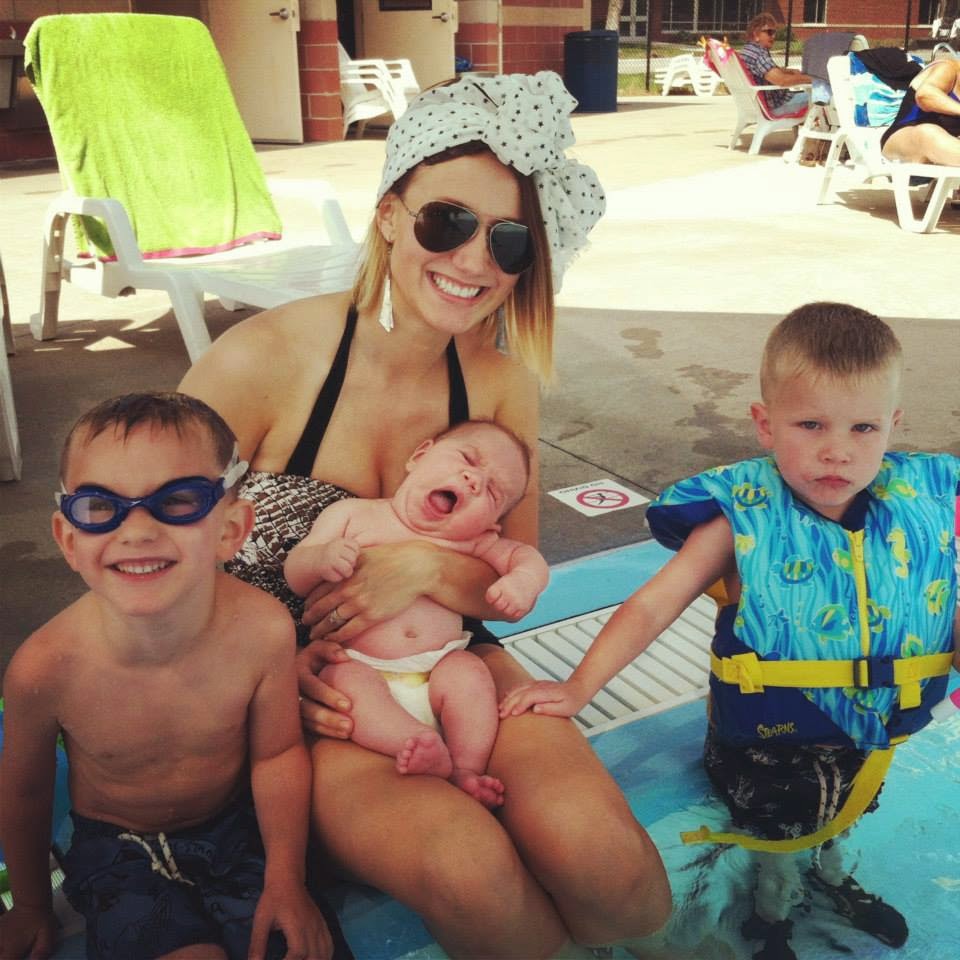 I really believe that the job of mom has the most lasting, eternal impact of anything else that I can do. Anything that I struggle with about being pregnant or worries that I may have about having more kids- they are temporary. And I believe I can overcome them.
Yes, I hate the idea of gaining weight- and maybe never losing some of it- but I also know that there isn’t any feeling in the world that beats holding my brand new newborn. So far I cringe at the idea that the next baby might be my last.
Yes, I’d really love a girl- and this might be a boy. We’ve never done anything to try for either gender, but at this point I’m okay with either. I just know I’ll love this baby as fiercely as my others. PLUS- I don’t think we are done. I think we’ll have at least one more after this baby- so my chances for a girl aren’t gone entirely if this is a boy.
Yes, being due in November this year is going to be really, really difficult work wise. We will be busier than ever before during that month before Christmas- but that is what we will plan for. We plan to hire more help and I have faith that it will all work out. 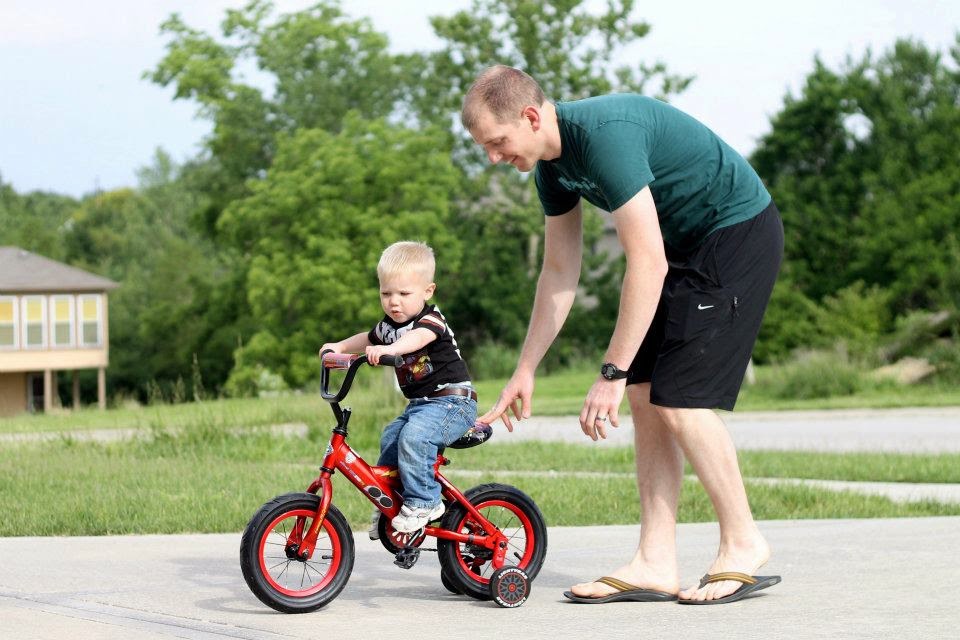 AND the last thing I have to mention is that I have a husband who is entirely on board. He treasures being a dad almost more than I love being a mom. Not only does he have full confidence in me overcoming any struggles of pregnancy or having another baby- he helps me and wants as many kids as I’m willing to have. I know that he is a huge blessing in that way and not all husbands feel that way. 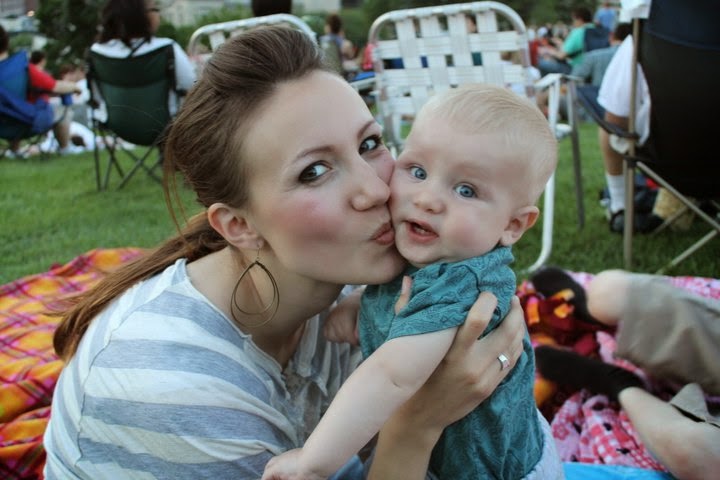 So how did I decide? Like I said, I truly decided a long time ago. I believe in the divine role of parenthood and that God will help me in motherhood- no matter my worries or struggles. I can see how much I’ve grown as a person because of motherhood and I know that the difficulties are always rewarded with joy and personal growth. So I’m moving forward that that faith that has brought me this far.
I hope this honest look into our little family helps some one in some way. I know its an extremely personal choice about how many kids to have and I can’t begin to tell anyone how to decide. Each child is different and each set of parents is different. Many families don’t get a choice about how many kids they have- we certainly didn’t factor a miscarriage into our family plan. But these are the reasons we’ve decided to try for number four. And hopefully number five someday if that is what God has in our plan.

With Kilee Nickels Podcast: Advice From My Mom -Episode 55