I’m back with an InstaFriday post today- a condensed version of our week and what we have been up to. It feels like everyone is on Instagram- but I forget that they aren’t! I have been terrible at keeping up our family blog (do people still have those?) so these posts are a great way to connect with family and friends (that means you too!). I try to always send these post to my brother in Taiwan so that he can read them too-I forget how much he is missing while he is away on his mission! So- here is a quick update! 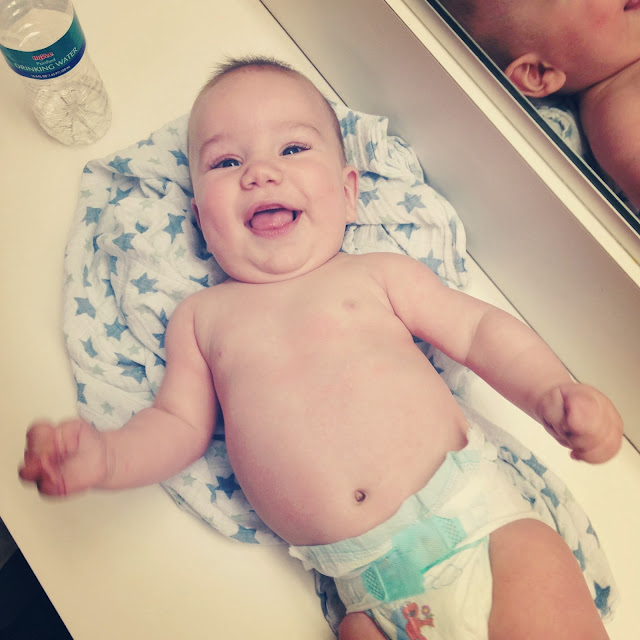 Knox is our happy baby. We have never had a really grouchy, colicky or sad baby, but I didn’t know happy until I met this kid. It is a wonderful quality to have when you are the third child. He brings us so much joy!
He is almost six months already and as you can see- he is huge! (This photo was taken after blowing out two outfits at church- he finished church in only a diaper.)  He weighs almost 20 lbs and is literally causing me neck and back problems. The chiropractor is my friend right now. I was doing an exercise DVD the other day and lifting some light weights. I did some bicep curls with my right arm and it was tough, but when I got to my left arm, I was breezing through them! Clearly I carry that chunk of a baby in my left arm and its been building a little muscle! 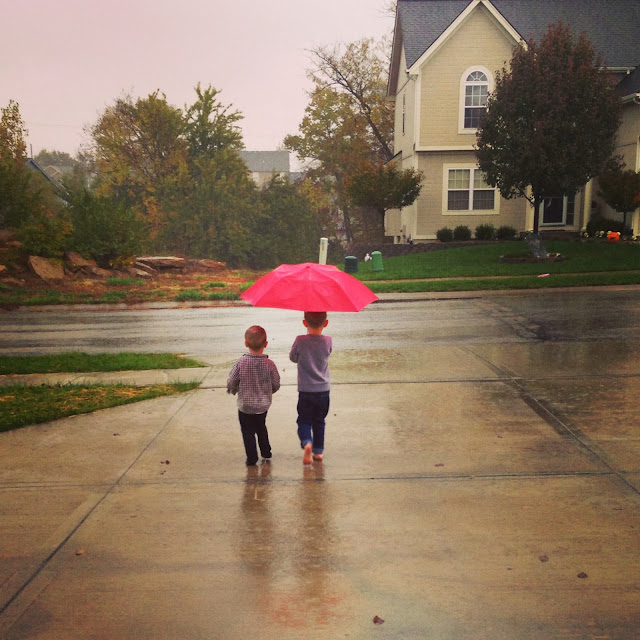 I love that we have all four seasons here in Missouri. We have had Fall showers, changing leaves and waking up to frost. The kids had a great time when I suggested they go out and play in a warm rainstorm we had the other day. At first they were leery of getting wet, but pretty soon they were just soaked to the bone and loving it! 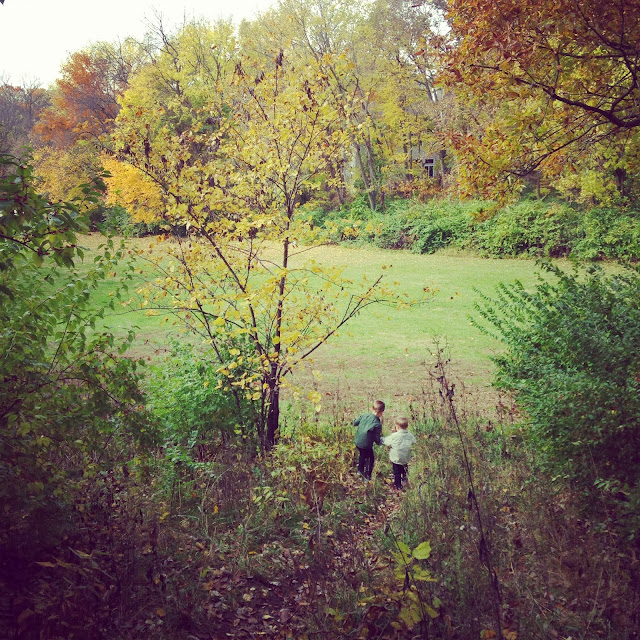 Speaking of changing seasons- I think the change has finally brought our first bout of the cold and flu. Everyone in our family had it at some point and boy is that exhausting. Thankfully I have good friends who will grab the essentials at the store for me! 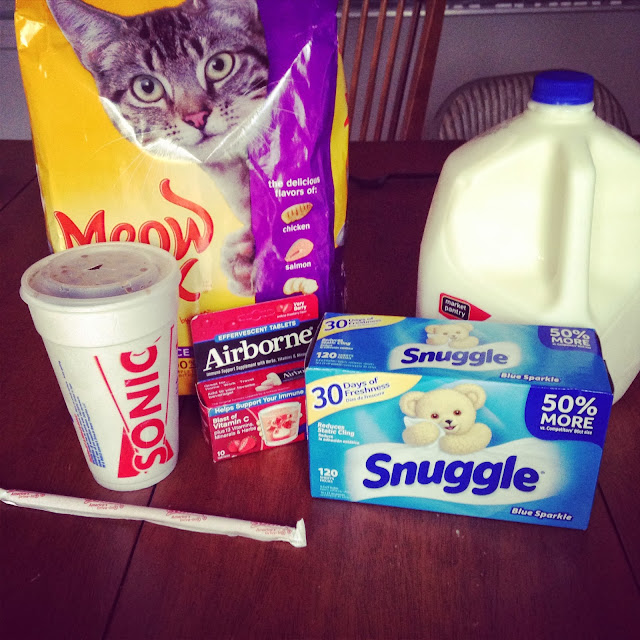 With the time change it has been so hard to wait for Dad to get home. I feel like it is so late when it is really only 4:30 in the afternoon! I often succumb to letting them watch a show, but sometimes we get creative and a little crafty. 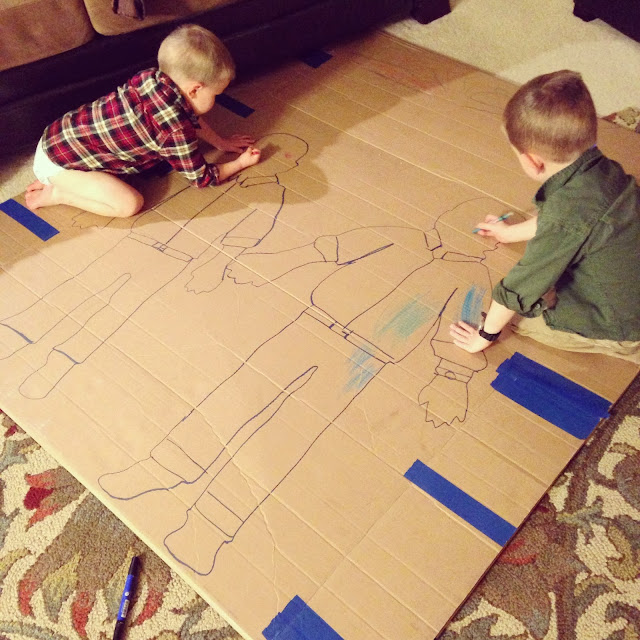 And sometimes I go crazy and make beautiful desserts out of no where. This was a sick day for us and I was SICK of not getting anything on my list done. My kids are always up for helping me bake so we opted to make an apple pie. It was as delicious as it was pretty and it made me think, “Why don’t I made these more often?” 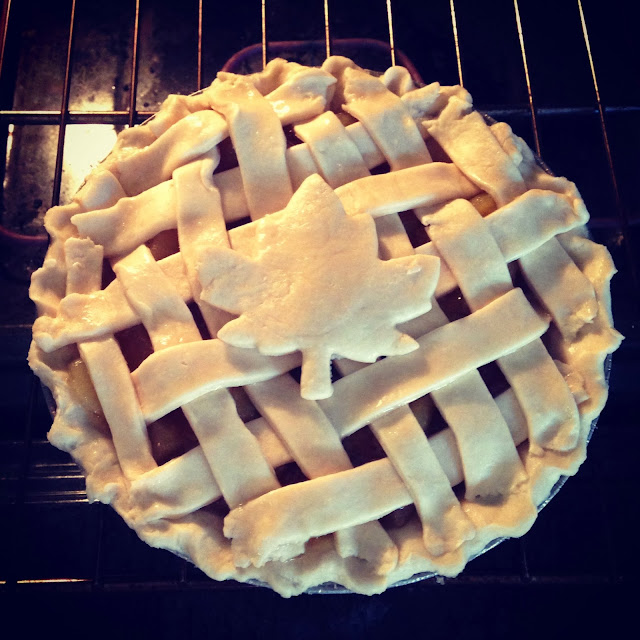 This is Easton’s first year in primary and he had his first Primary Program last week. The program is when all of the children at our church memorize a few lines and a lot of songs. Then they perform in front of the entire congregation. Easton’s line was “Jesus Christ is our Savior” and he did it perfectly. Poor Kesler had Easton’s part memorized too and was a great understudy, but he is too young for the program this year. Next year buddy! 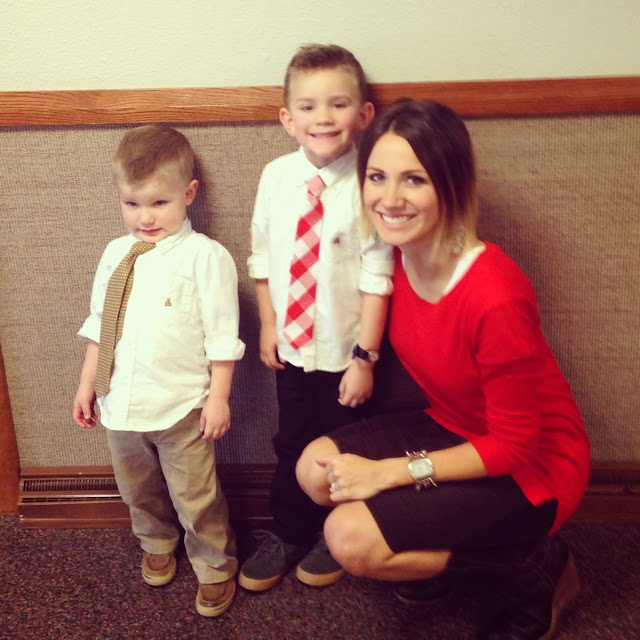 Soren had a birthday recently. We had a mini party and the kids helped with all of the fun stuff such as the opening of gifts and the candle blowing. Even Knox joined in. 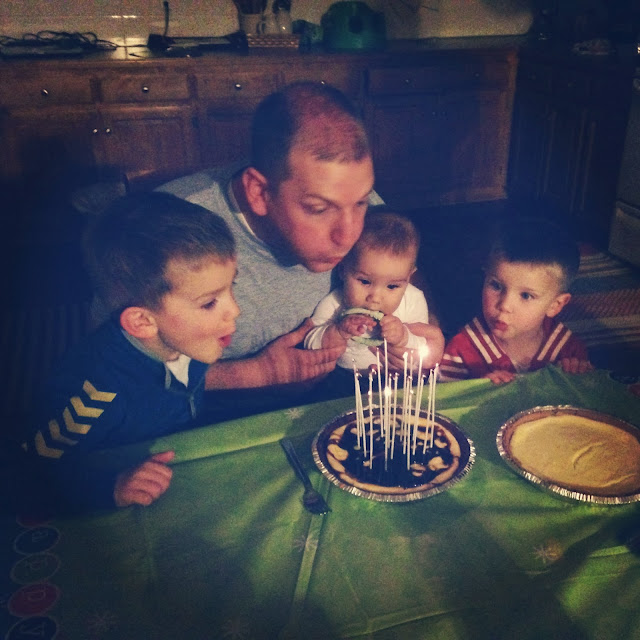 I took Kesler to the library the other day while Easton was at preschool and we were on a mission to find books about Knights. After I found the nonfiction section we grabbed a few and he was over the moon about them. Since we never wander to that corner of the library, I also had never seen that there is a KIDS NON FICTION section! Who knew? I felt like the lamest mom ever when I saw all of the great books they had. Where the heck have I been? We scooped up as many books as we could manage and headed to check out. The librarians got a kick as we walked out and Kesler exclaimed, “That was FUN!” Dream come true for them and me! 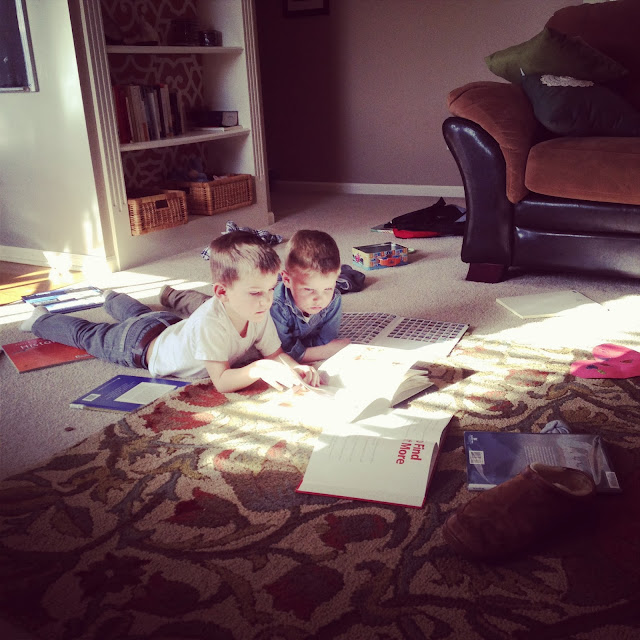 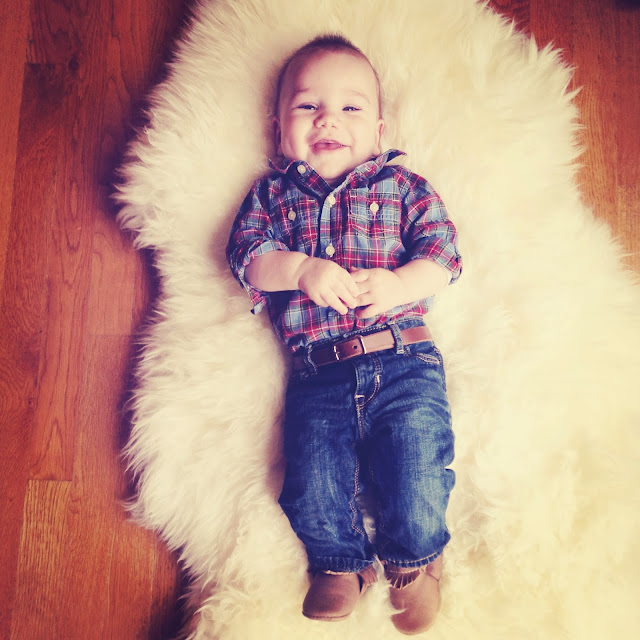 And I had to throw in a shot of real life. This is just one corner of my corner office. It works best for me to have my computer and such in the kitchen so that I can work randomly during the day- but it is such a mess sometimes- okay most of the time. I can only dream about the day when all of this is at least contained in a real office for me, myself and I. 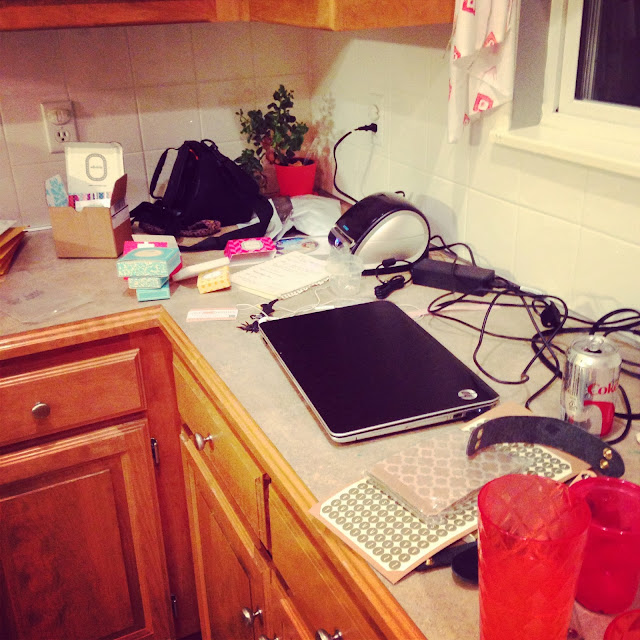 How did your week go? Any fun weekend plans?

Linking up to InstaFriday at Life Rearranged today.