Happy Friday! This week has flown by and I think nesting has kicked into full gear. I have been organizing my house, my schedule, my to-do list and my life like a mad woman! I am amazed at how productive I can been when I am really being purposeful with my time and taking time to plan ahead. It is also amazing how unproductive I can be when I stay up late being for days in a row and then walk around like a tired zombie. Eventually skipping the sleep catches up with me and my list!
I think we had a successful and fun week. As a last outing before Soren went back to work (he had a long holiday break), we went to the Sea Life aquarium here in Kansas City. It was better than I expected- love it when that happens! It wasn’t huge, but the displays were so well done and I love the ambiance. The kids more than enjoyed themselves. 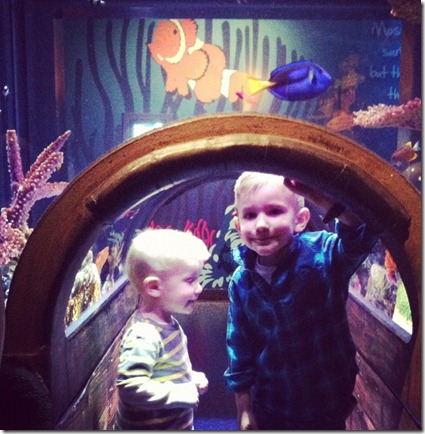 Kesler was so cute. He kept talking to the little fish through the glass. “Hello, puffer fish!” over and over. They had some small sharks but the eels definitely were the meanest looking animal there. I would be terrified to meet one in the ocean. I feel much better about eating them in my sushi when they look so devish. 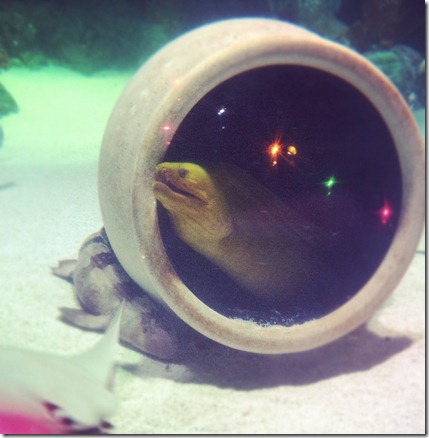 On Sunday all of the kids at church moved up in their classes. Easton left the nursery and is now a part of Primary now in the Sunbeams class. He was so nervous to go. I felt like such a mean mom for forcing him and definitely wasn’t as patient as I should have been. I hate that feeling of regret when you know you have been too harsh or impatient with them. Luckily  I think he forgave me and ended up loving it so we shouldn’t have that battle again. 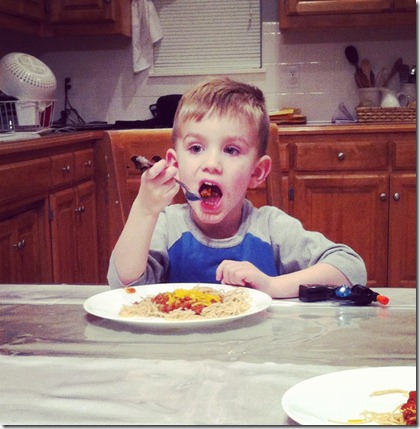 We had homemade spaghetti and brownies as a reward for both kids going to their classes. Yum! 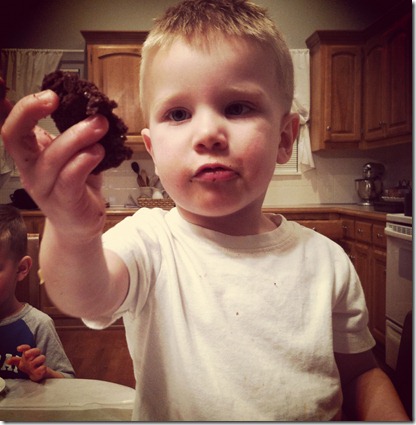 And like I said, I’ve been organizing and trying to get ahead on some projects. While Soren was at work on Monday I pulled out some tools. He was a little nervous when I sent him this picture. 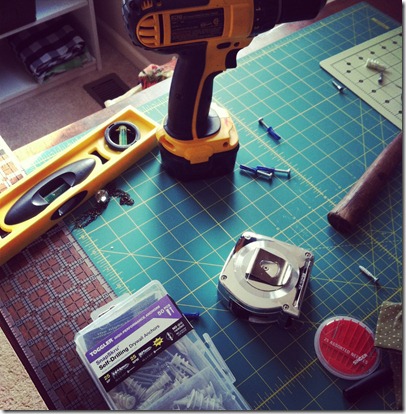 Luckily I did an alright job and succeeded in hanging my craft supply organizers on my own. I love how it turned out using just items I already had in the house, but I am sure I will add to it too. 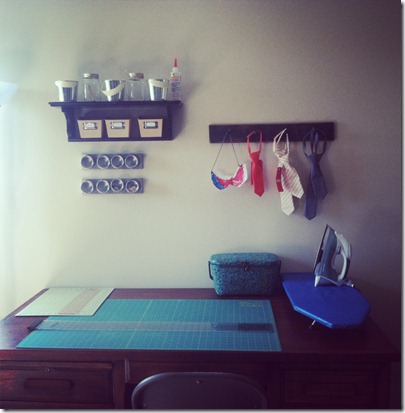 Anyone else been cleaning up and cleaning out??? Have a great weekend!!!

WITH KILEE NICKELS PODCAST: Gratitude and Resilience with Faye Jacobs of the Midwest Innocence Project