You have heard all about SNAP! these week, but I thought I would share our trip via Instagram today. Instagram was HUGE at our conference. I used it more than any other social media all week!
We got to Utah LATE, LATE, LATE Wednesday night so that we would have some time Thursday morning before classes got started. After we peeled our eyes open and got ourselves out of bed, we headed to IKEA for some major shopping. I had an important list of nursery items to acquire there and it was super successful. I can’t wait for when we get an IKEA here in Kansas City next year. 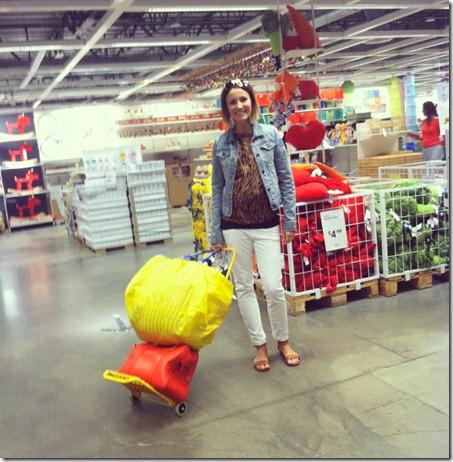 I wore myself out before the morning was over with our shopping trip, but we headed to registration and got all checked in. 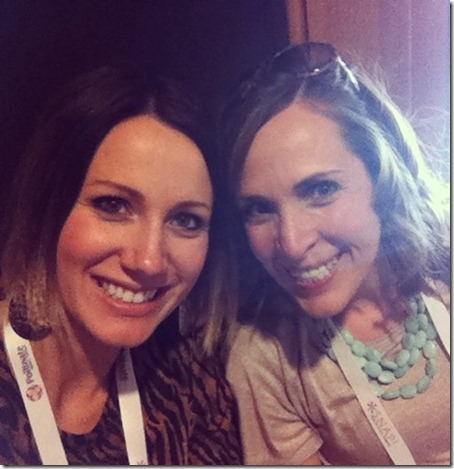 That afternoon we decorated our door at the hotel for the door décor contest. We opted for a photo booth idea and unfortunately several other rooms had the same idea. We WERE the only ones with an amazing giant photo strip of ourselves next to our door. Thank you Mandy for that genius idea! 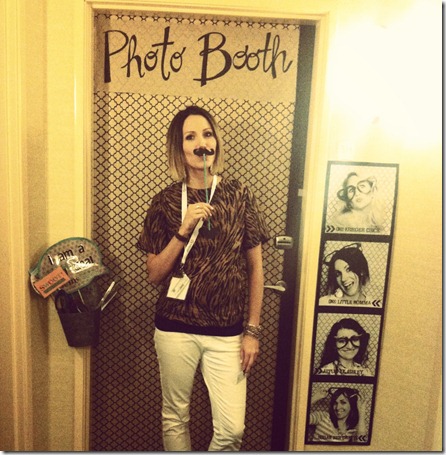 After classes that day we headed to a pajama party crafting night. All of us got these fun headbands in our swag bags so we rocked them with our jammies. I do love to sport a headscarf. 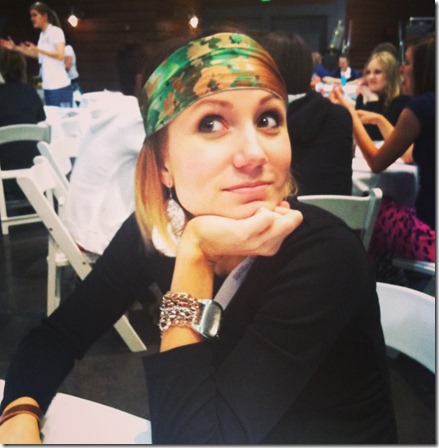 The next night at dinner they announced the winners of the door décor contest. We didn’t win, but we got second place and this cool vintage key to show for it. 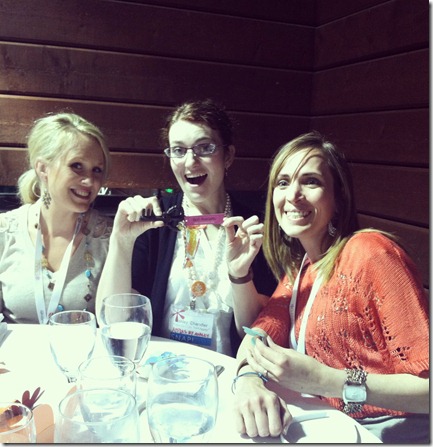 That night was also the Queen Bee Market which is a vendor event full of high-end handmade items. It was really inspiring to shop it and even more fun to participate in that night’s contest. The contest was sponsored by Cricut and the person who Instagrammed the most photos with the proper hashtags that night won an amazing goody bag for herself and all of her roommates. I only had to hear that a Sephora gift card was included and I was in. I Instagrammed like a mad women along with my roomies for the next two hours. It was HARD WORK but we won! I had a total of 88 photos! You can see below just a few of the one’s I took.

I so many pieces from the Salty Bison. That booth was a hit with everyone.

This little pig was my purchase of the evening. I couldn’t say not to his cute colors, pattern and shape! 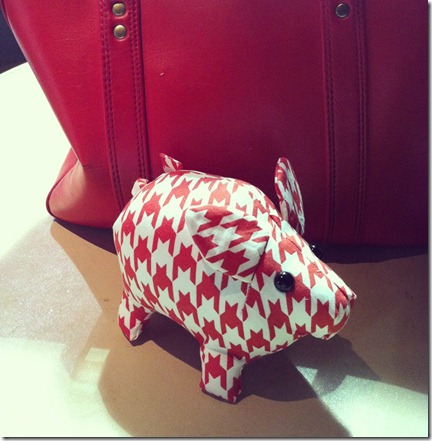 I really wanted this little number. Isn’t this clutch to die for? 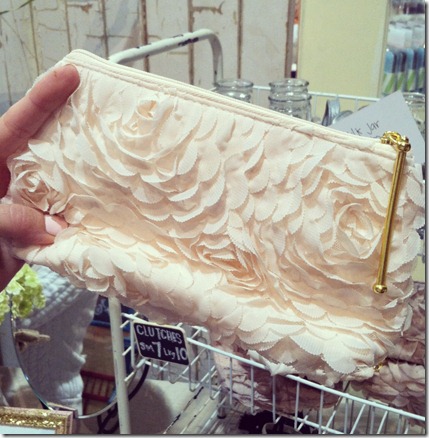 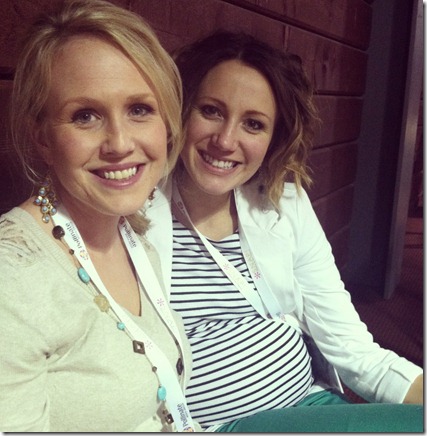 This was our goody bag of fabulous prizes that we won! We all agreed that it was one of the most fun things that we did together at the conference. 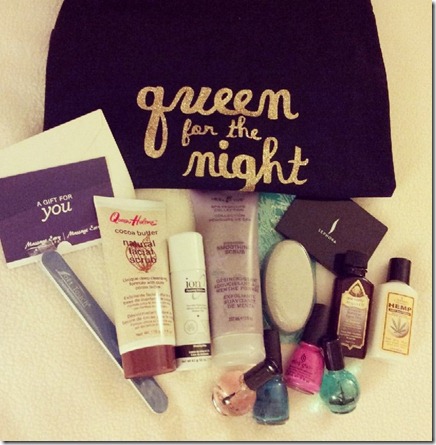 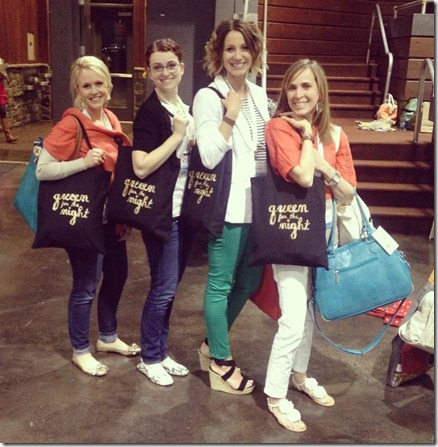 Another surprisingly enjoyable event was the next day during our lunch break. Lowe’s was the sponsor for SNAP! and the held a contest for a limited number of bloggers. We didn’t know what we were signing up for, but went in blindly and were assigned to teams of 4-5 people. It turned out that we were given a bunch of miscellanous supplies and told to create whatever we wanted. There was a mad dash for paint and lumber and then we were off. 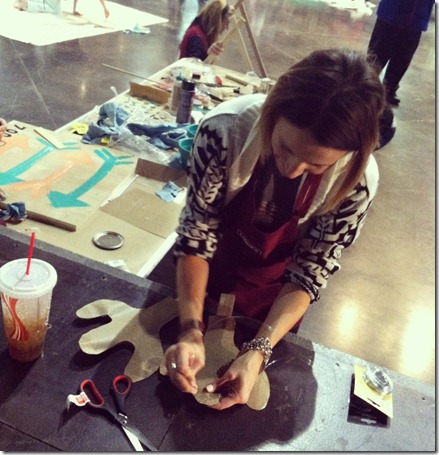 Our team quickly decided to make an children’s tent and the theme morphed into something Southwestern. I painted the flower pots to decorate outside the tent and decided to create some mini-cacti out of sandpaper and wire. They turned out AWESOME! I also came up with the idea for a rug and putting tassels on the edges. Those tassels were the winning detail in my book. We won the award for the most fashionable project and had a blast doing it. So many other people gave out cute items with their business cards. I loved this glitter vinyl from Girl Loves Glam– I immediately decked my notebook out with it. 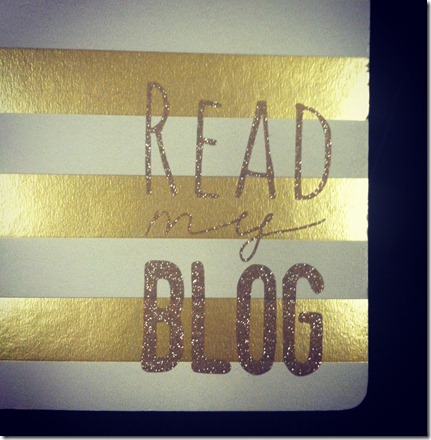 My leather cuffs went over so well! I loved wearing mine everyday and so many other people did the same! Thanks to everyone that rocked them. 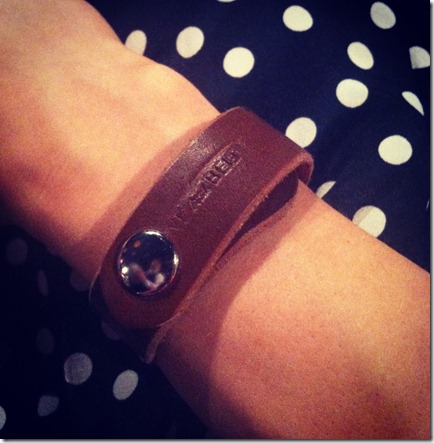 We joked the whole time about me wearing such tall shoes while so pregnant. I did so well until the last night. On the way back from the last dinner I totally ate it. I am not even sure how- maybe I passed out? But it was the slowest and yet fastest fall ever. I didn’t even catch myself because I was holding a vase of flowers and my iphone in my hands. I saved those breakables, but landed on my hip and knee. Ouch. 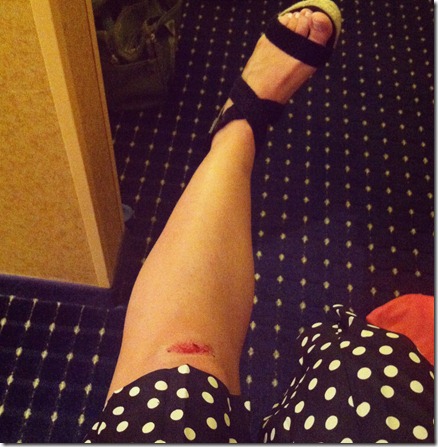 If you can’t tell from this last photo, I was so exhausted by the time we went home. Every night was late and every morning was early. But it was so worth it! It just took a while to recover once I got home! 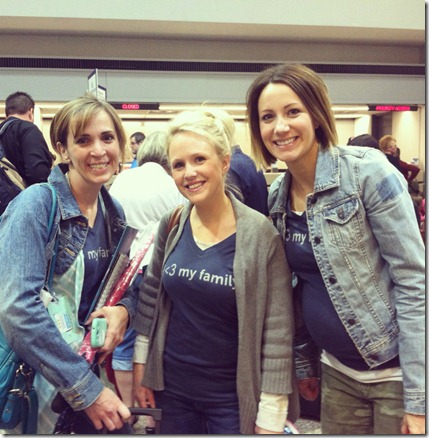 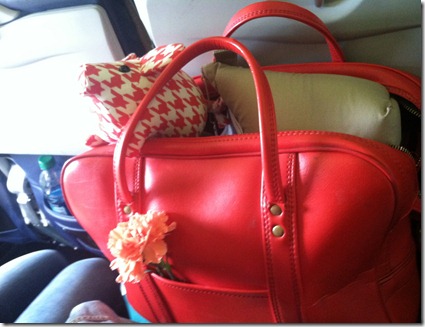 Thanks for letting me share my week. Back to normal blogging next week!

Have a photo worthy weekend!  Linking up to Instafriday at Life Rearranged.

←Previous Story
SNAP Recap: What I Learned About Me
Next Story→
Shop Update: Instagram News for ONE little BELT + $30 Credit Giveaway

Everything You Need To Know About Lash Extensions

5 Things To Keep Kids Busy In The Winter