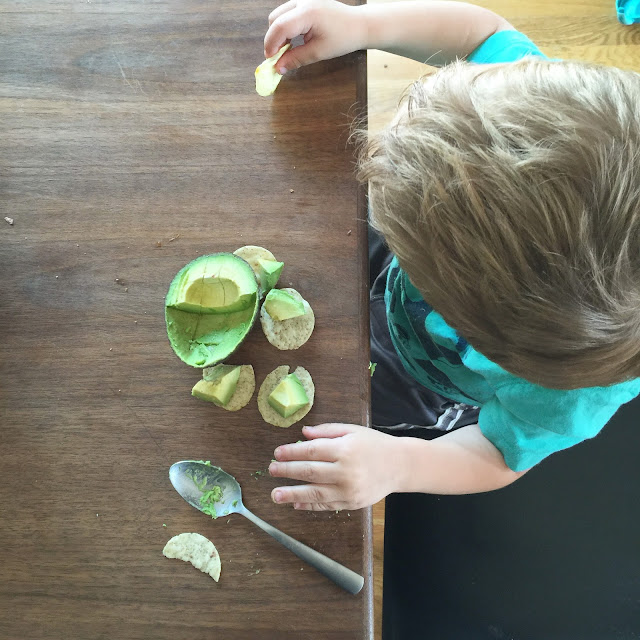 It’s funny how different each of my kids are- and yet they are definitely all brothers. One of my favorite things about being a mom is learning more about my kids’ personalities and what they are like. Knox for example, is the only one of my kids that has liked, okay, loved avocados. My other kids wouldn’t touch them until recently. And Knox can eat half of one in a sitting. Just give him a few chips to scoop it up with and he is happy. Oh- and don’t forget the salt. But one food none of my kids would eat at an early age- mashed potatoes. Most potatoes that is. I’m sure it’s the texture, but none of them could handle potatoes until they were at least three or four. 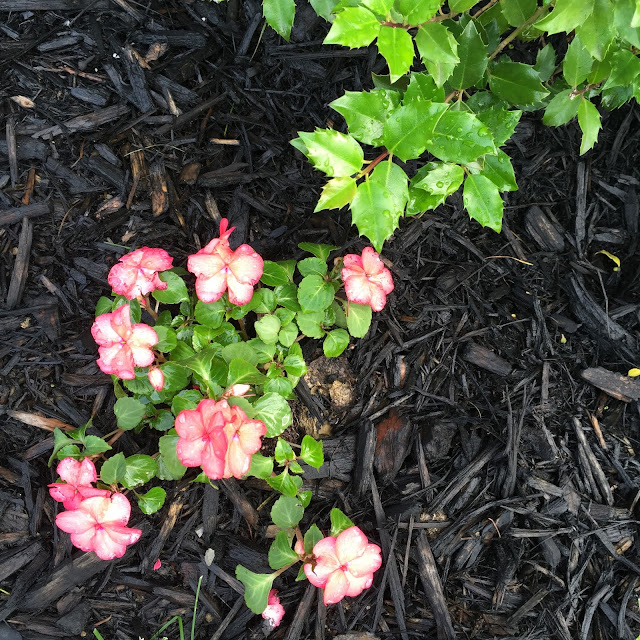 We’ve been doing a few upgrades on the house this year- with hopefully more to come and that included having the exterior of the house painted. So of course since we had it painted I also had to buy shutters and put down mulch and plant flowers. I’ve never planted flowers before so I don’t think those flowers will last long but for now they look fabulous. My plan is to plant bulbs in the Fall and I think those pretty much take care of themselves right? Once we hang the shutters I’ll share a photo of the new house paint. It’s amazing what fresh paint can do! 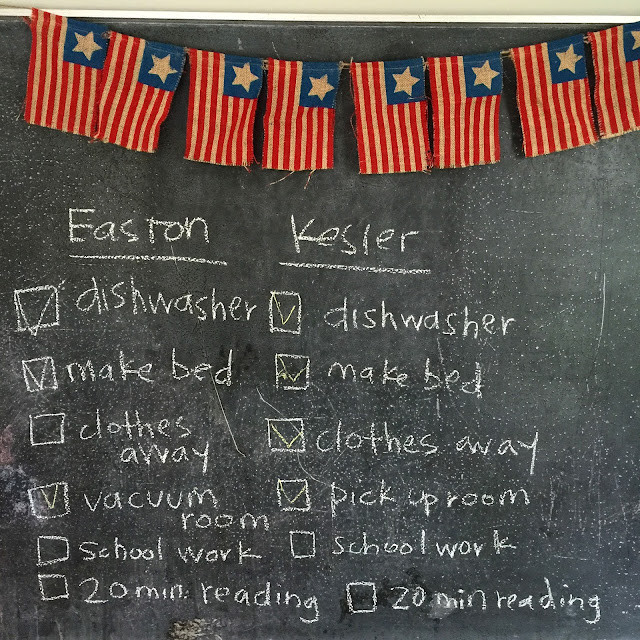 As Summer starts I’m trying to get my boys on somewhat of a little schedule. We are so busy some days that schedules just don’t happen- but I’d love to have set jobs, school work and reading time for the kids each morning. So far we have done a list like you see for 3 or 4 days. And the boys do really well with it. They like seeing the box to check off and I think we’ll implement a reward system of some kind for sticking with it.

And then again those just might be high hopes… but it always better to try than not! 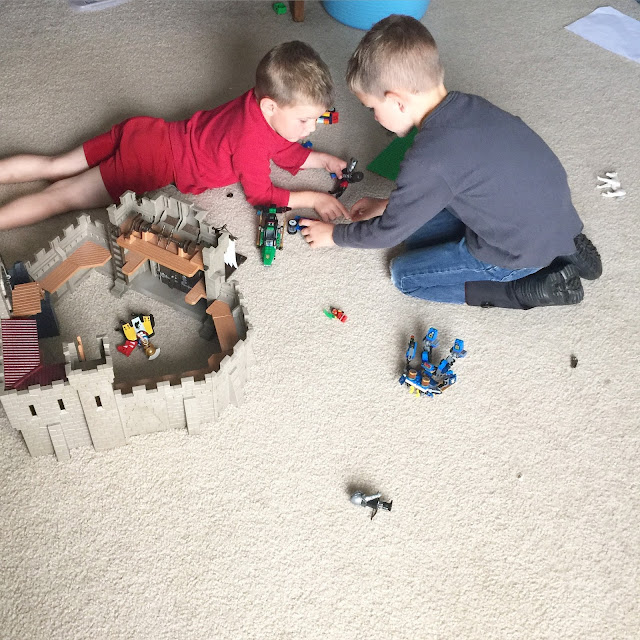 And speaking of the boys being home for Summer- it’s the best. It is SO nice to have Easton home. He is such a great leader and friend for his brothers. They all play together and stay busy and the fighting hasn’t been bad yet. 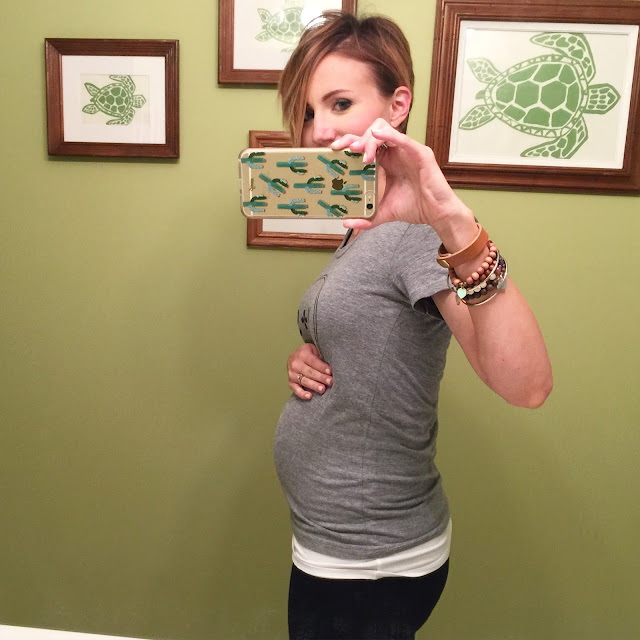 I finally got in to see my OB last week for the first time this pregnancy. I had made a previous appointment but canceled it when Knox was so sick. And otherwise work has just been so busy that I haven’t taken the time to go in. It was definitely a relief to hear the heartbeat and hear that I was measuring at about 17 weeks. We scheduled our ultrasound for next week and can’t wait to find out what we are having. Now to think of some clever gender reveal. That’s a blogger requirement right? 😉 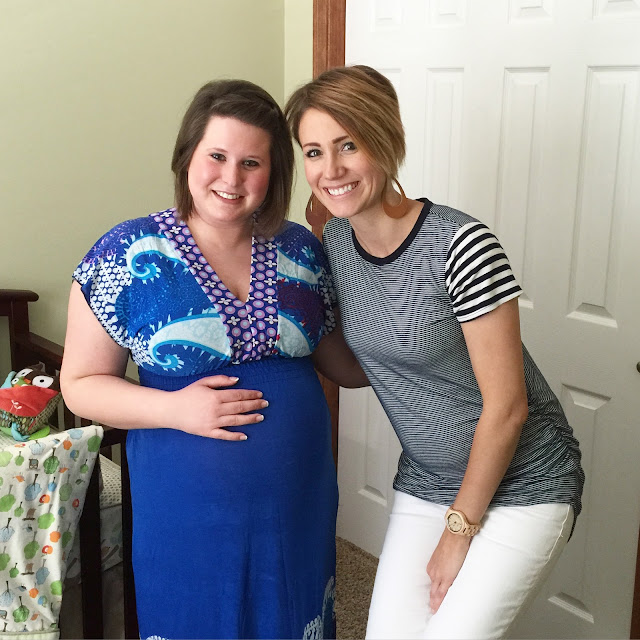 My brother and his girlfriend are having their first baby next month. I’m the oldest of five and the only one with kids- so its really exciting to think of having our first nephew and cousin on my side. We celebrated with a baby shower for them this past weekend and had to get a picture of us both pregnant. 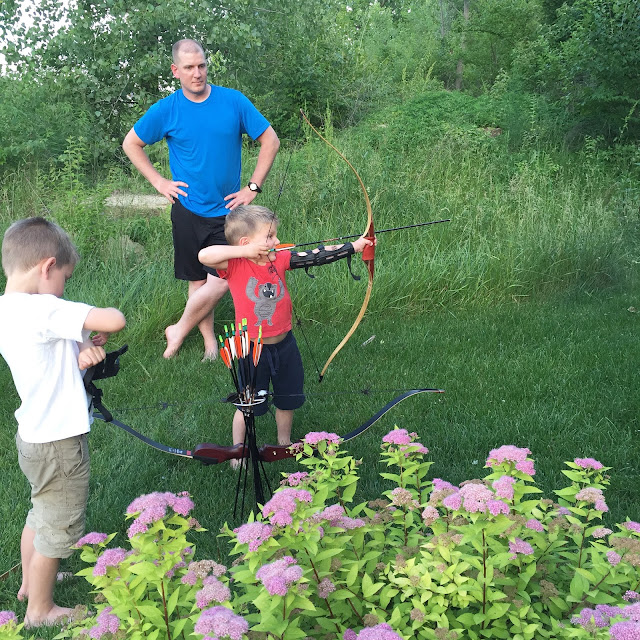 And that’s us lately. Soren has had all of his archery things out prepping for the camp he is helping at this week. Of course the boys worked on their shooting as well. There’s nothing cuter than seeing those little guys shoot their tiny bows- and I love seeing them improve.
I hope you had an awesome week. I’m home today after an amazing trip to Alt Summit in Salt Lake and definitely have my work cut out for me with laundry and picking up the evidence of me being gone. Wish me luck!

Happy Thanksgiving to You and Yours