We have been partying it up this week! I swear everyone else has been too- what is it with August birthdays and anniversaries??? It’s InstaFriday and I’m here to share a little bit of what we’ve had going on. You can follow along daily on IG @onelittlemomma.

My mom and I have birthdays that are a week apart so we both love this month. Her’s is the 13th so on her birthday I got a babysitter and we went shopping together in the afternoon. She does pretty well at thrift stores herself so we thrifted a little as well as going to Kohl’s and Target. Of course I had more luck than she did, but we had a great time getting out. Check out this vintage horse print that I found for the nursery! I had been scouring Etsy and ebay for the right one and just about given up hope. When I least expected it I found it for a steal at Savers. I think it is perfect although Soren is not quite on board yet. 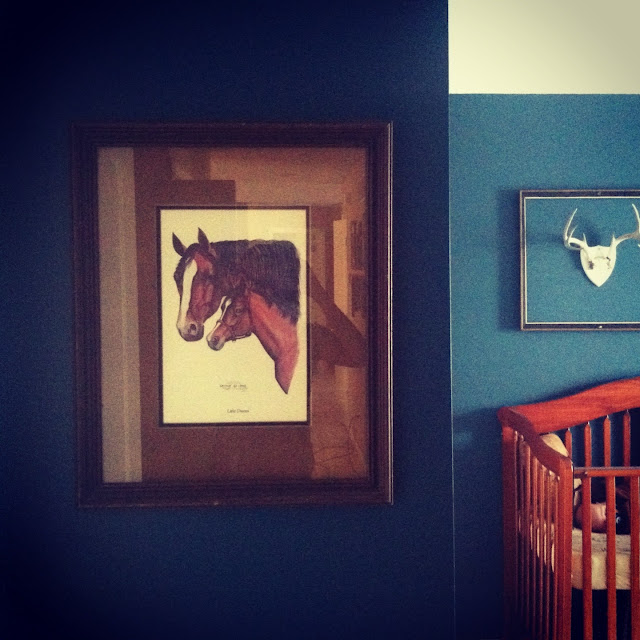 We also went to brunch with my family for my momma’s birthday. I didn’t get any good photos from lunch, but we ate at the coolest French crepe restaurant downtown. Afterwards we shopped at some boutiques and guess what I found in the toy store? The tinniest pig in this line up. He joined the others on my kitchen widow sill. I hate doing dishes so this pleasant scene cheers me up while I plug through the washing. (Ok, well the spider webs in between the screen and the glass are pretty un-pleasant, but I’ll get to those eventually…) 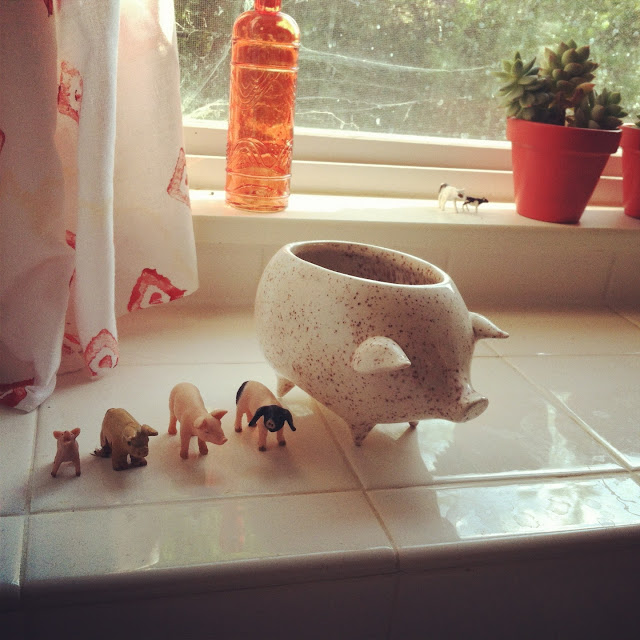 You can blame this next one on Soren. The rope tying Knox on is just too much. 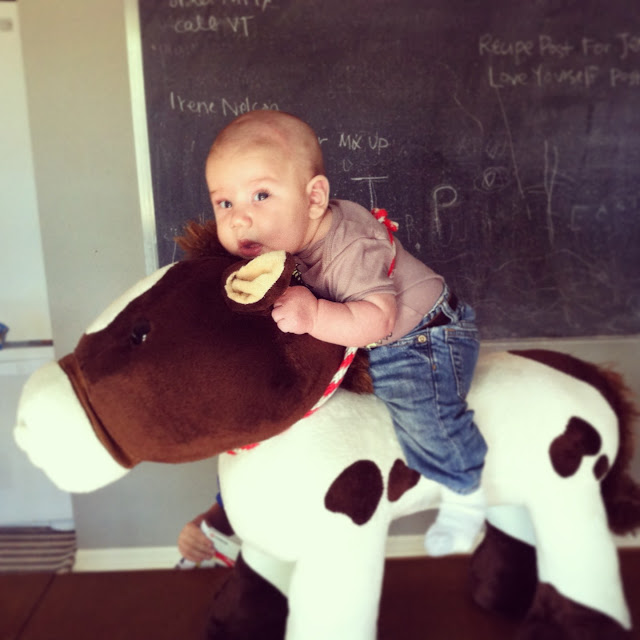 Easton started his last year of preschool this week. We do a co-op of moms as our preschool. I wish there were more kids participating, but there are three of us who do it together. We each teach for two weeks and then trade around. This year is more kindergarten prep than last year so the pressure is on. (Sort of.) Apparently so far the biggest hit is that they get to bring their lunches and eat together. Easton was definitely ready for school to start back up. Doesn’t he look like 15? I just love and hate his growing up all at the same time. 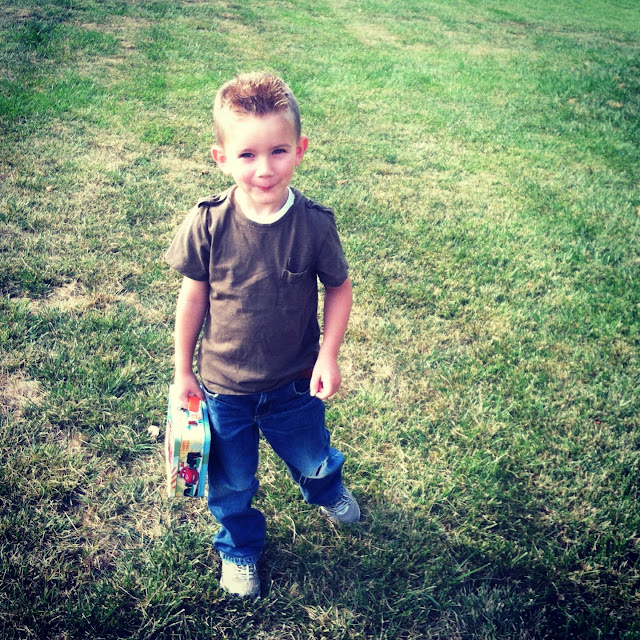 Speaking of growing up…check out this chubs! He is a tiny giant wearing 3-6 months clothes. I am so blessed to have a happy, predictable and good baby. 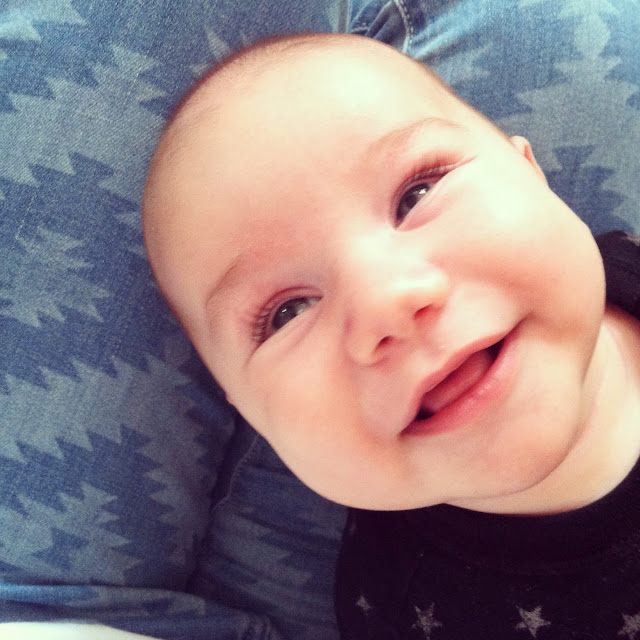 So my birthday was this week too! We are officially celebrating on Sunday with my family, but I was still spoiled on Tuesday, the actual day. Soren watched the kids and made me birthday cards with them while I went running in the morning. I received an email from him with an e-gift certificate for a massage that morning too. While Easton was at school, another friend watched Kesler and I was able to do some shopping semi-alone. (Just with Knox.) Saver’s had all of their Summer wear half off for a one day sale so it was like my own personal birthday sale! I found some killer things and had a good time. Not to mention I arrived home just in time to have my favorite Sonic shake dropped off at my door by another good friend. I felt totally loved and celebrated. 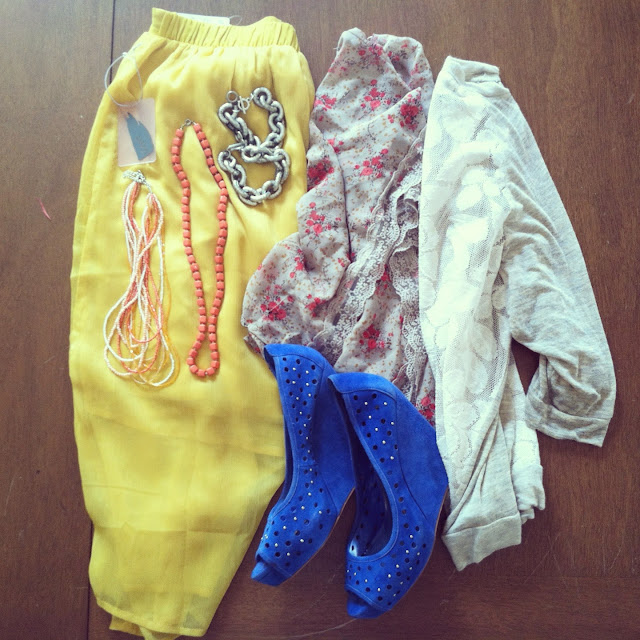 I’m sure you know by now that Kesler doesn’t go anywhere without that cape. It is his uniform for sure. 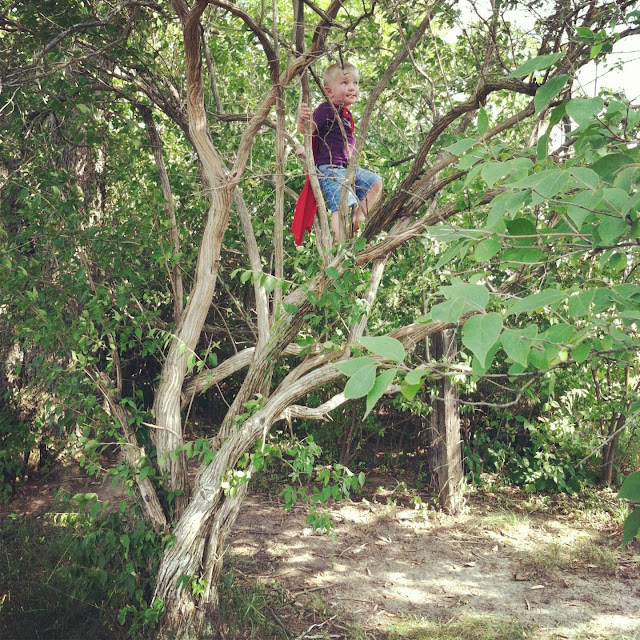 Another gift from a friend this week. I LOVE it. 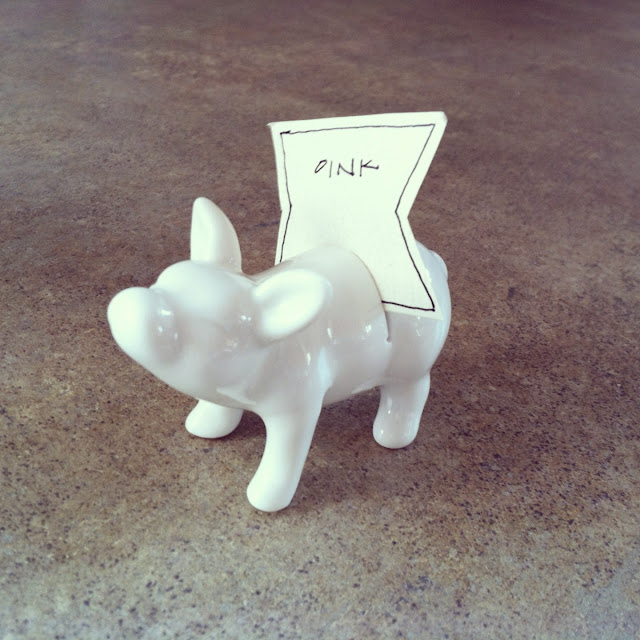 I said we had been partying right? Well we really have because it was also our seven year wedding anniversary on Thursday. For some reason I thought it would be cool to have our anniversary and my birthday close together, but now I realize that was crazy. The celebrations just stack on top of each other! We don’t usually do much by way of gifts for each other, but Soren managed to find the perfect one this year. We got a Willow tree figurine of us dancing as a gift at our wedding. After we had Easton and Kesler we added to the bookshelf family by getting the two little boys. Well, Knox’s arrival meant we needed to update again. Soren surprised me with a new figurine of a mom, a dad and a baby. I just love how complete our family looks with the baby added. It was such a thoughtful gift. 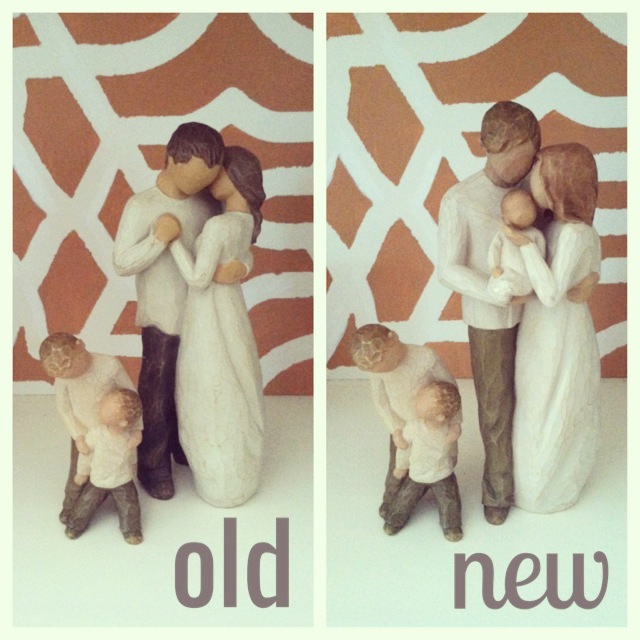 I’ll share more about the birthday festivities next week. I hope you have a great weekend!

Linking up to Life Rearranged.