I am working on checking things off on my long list of pre-baby to-dos. So, I finally took our kittens in to be fixed. Honestly I felt terrible for not taking them in sooner and then I felt terrible for doing it to them. I knew it was the right thing to do, but talk about a traumatic event! I certainly couldn’t have planned for how it went.
I was supposed to take the cats in before 8 am so it was a little bit of a pain to get everyone up and out by then. (We don’t do early around here yet.) I don’t have a cat carrier so I put them both in a cardboard one that we had borrowed from a friend. Well, before we even made it out the neighborhood, Gunner had scratched an opening in the box through the air holes and both kittens escaped into the van. The next thing I knew they were nervously under my feet, on my lap and crawling up my back. Lovely.
So when we got to the vet and I told Easton, “Stay in the car with the kitties. Don’t open the door until I get back.” I went in and filled out two minutes worth of paperwork. Turning around to go get everyone out of the car, I see Easton CHASING Soxie around the parking lot- and sobbing! Aye, aye, aye! I ran out and caught Soxie and basically threw her inside to the vet and went back for Gunner. He happened to be hiding in the rose bushes and its 15 degrees outside. Once I caught him and threw him inside too, I had to deal with my freezing, traumatized three year old. We all got back in the warm van and I found out that Easton had found my missing pot holders in the van and wanted to come and tell me. Soxie just happened to get out when he opened the door. I felt so bad for him! Luckily it wasn’t anything that a little hot chocolate from QT couldn’t fix. 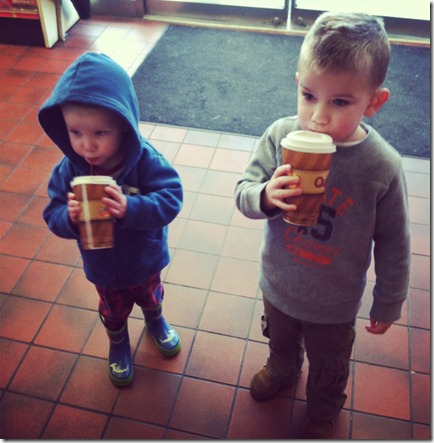 Both cats are home now and doing great. I was afraid they would hold some type of grudge, but instead they have been crying to be held and petted. I can’t complain about that. We are just glad they are home and I’m especially glad we won’t have to worry about any more kittens in the future. Two is plenty and perfect. 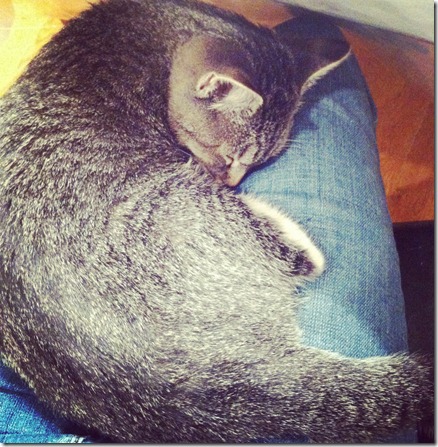 And last..how about the spell check suggests Sexier instead of Soxie….name change in the future??

←Previous Story
My Top 4 Wardrobe Pieces To Bring into 2013
Next Story→
Shop Update: Behind the Scenes