*I was given tickets to this event, but as always opinions are all my own!* 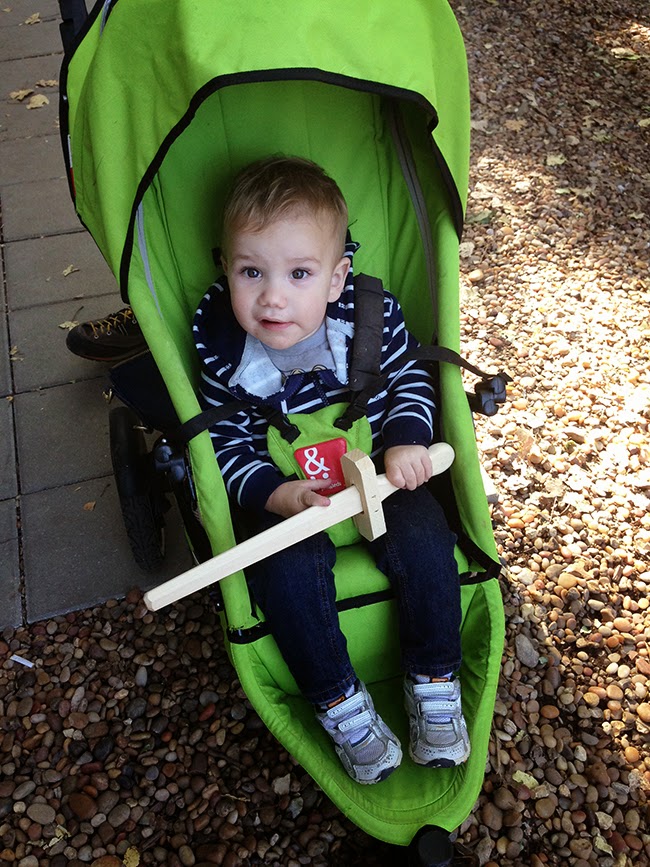 One my favorite parts about my kids getting bigger (and there aren’t many of those! STAY LITTLE!), is doing things with them that they get excited about. A few weeks ago, Kesler saw an ad for the Renaissance Festival here in Kansas City, and he could not stop talking about it. He is a little boy who is obsessed with knights, so when I told him that there is a place to go see real knights and real jousting and real armor, he was thrilled. I told him we would try and go for his birthday which happens to be this month. He patiently waited and this last weekend, we were able to take him. It was such a fun day for the entire family! 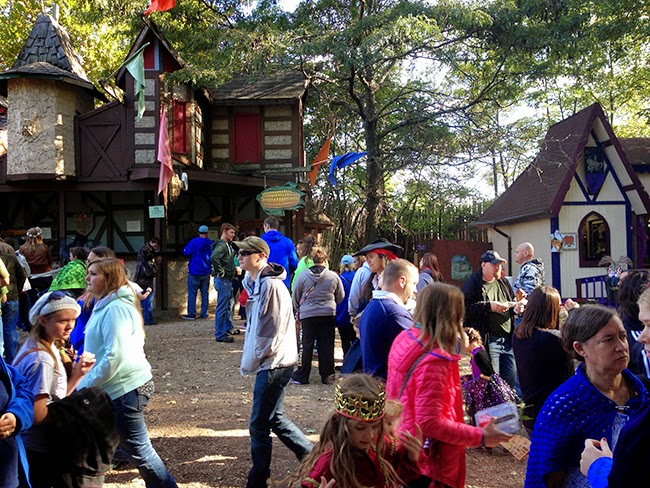 For those of you who don’t know, the Renaissance Festival is basically an event that transports you back into the medieval ages. There are rows of shops that sell everything from armor to dragons’ eggs to wooden swords and costumes. Our first stop was the armory, where we picked up a new wooden sword for each of the boys. My boys love to sword fight, and Knox was so happy to finally wield his own little weapon. 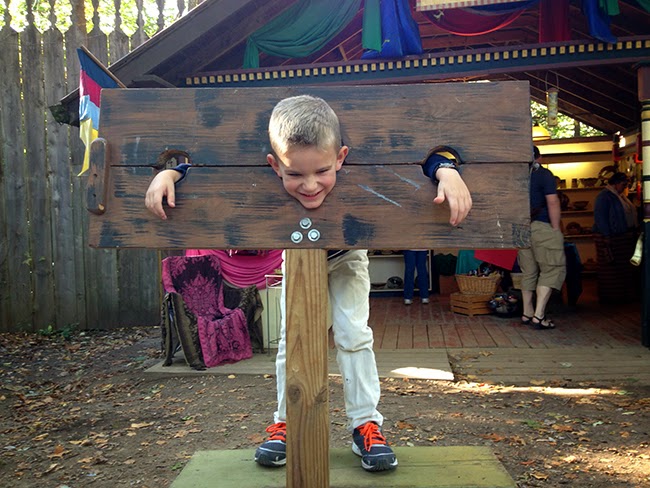 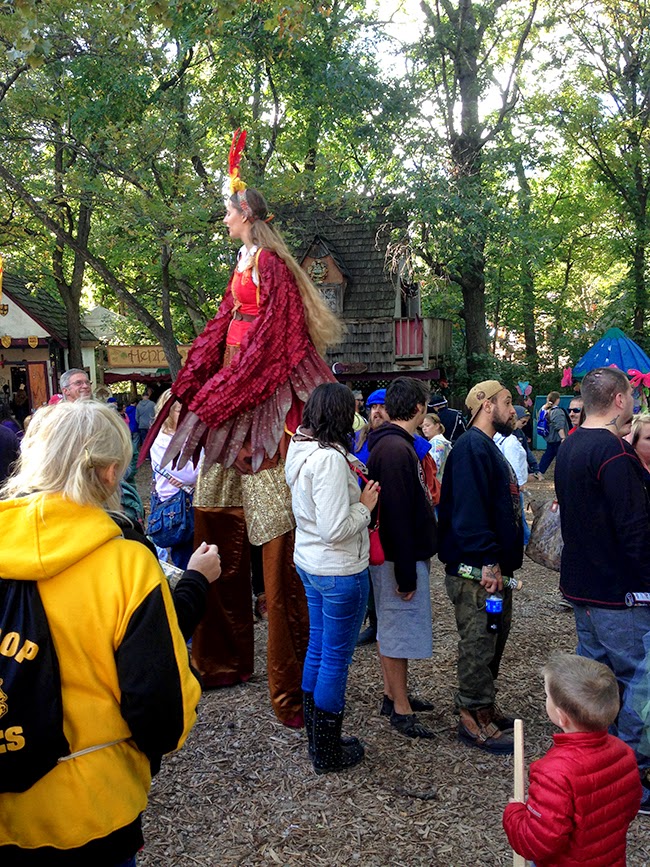 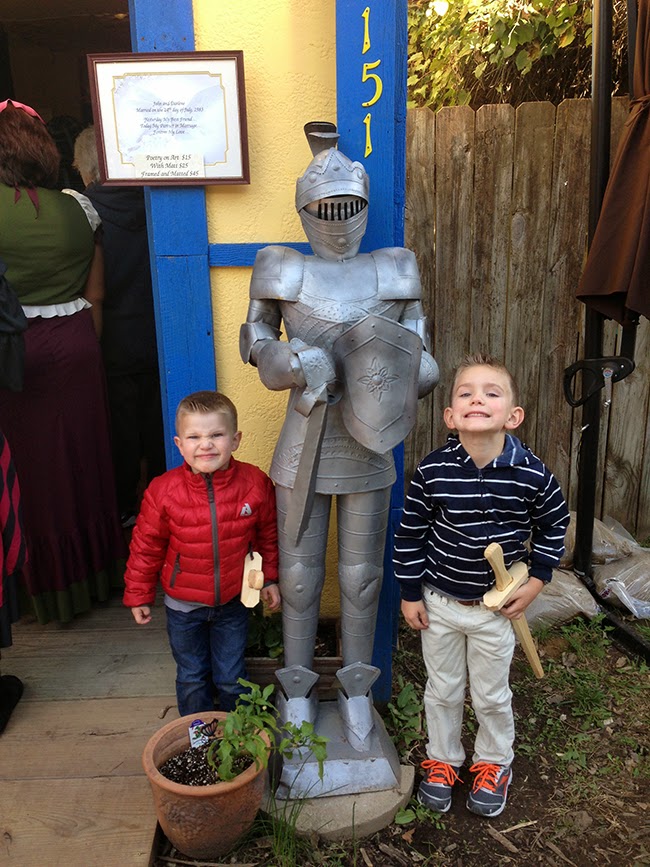 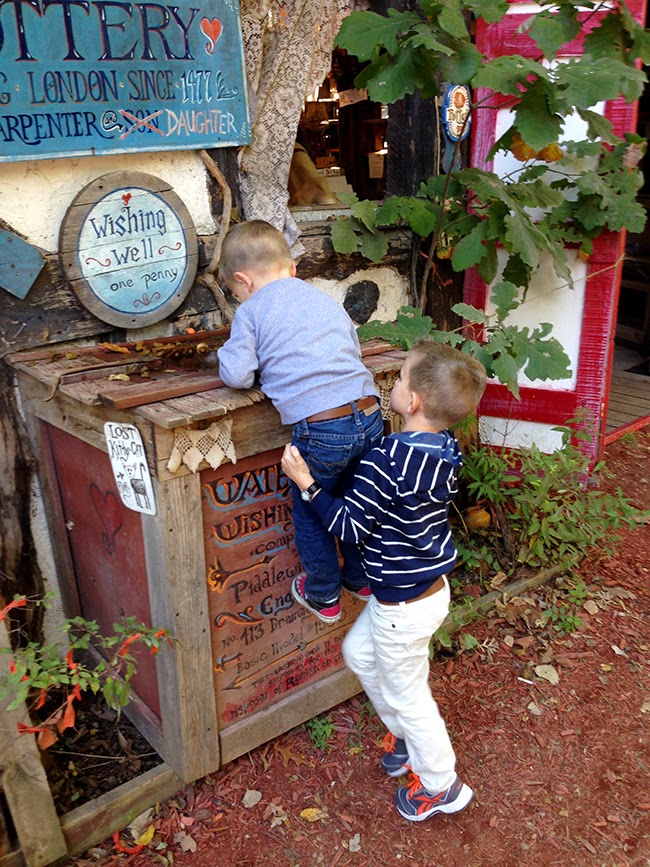 One of our favorite parts of the day was looking at and trying on the real armor. The boys wear their plastic armor around all day every day, so testing out the real deal was a treat. 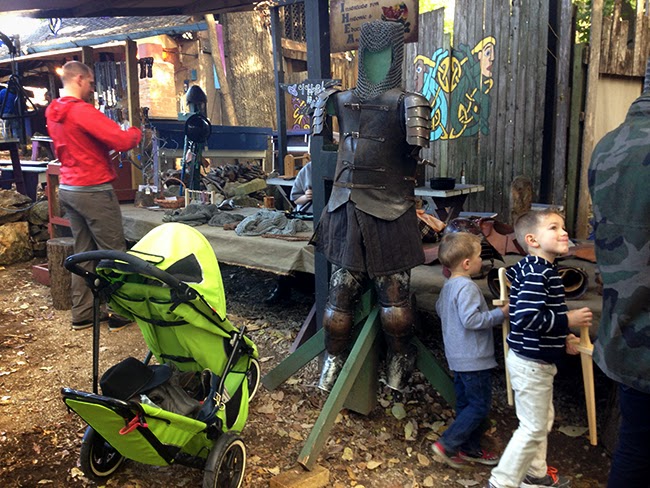 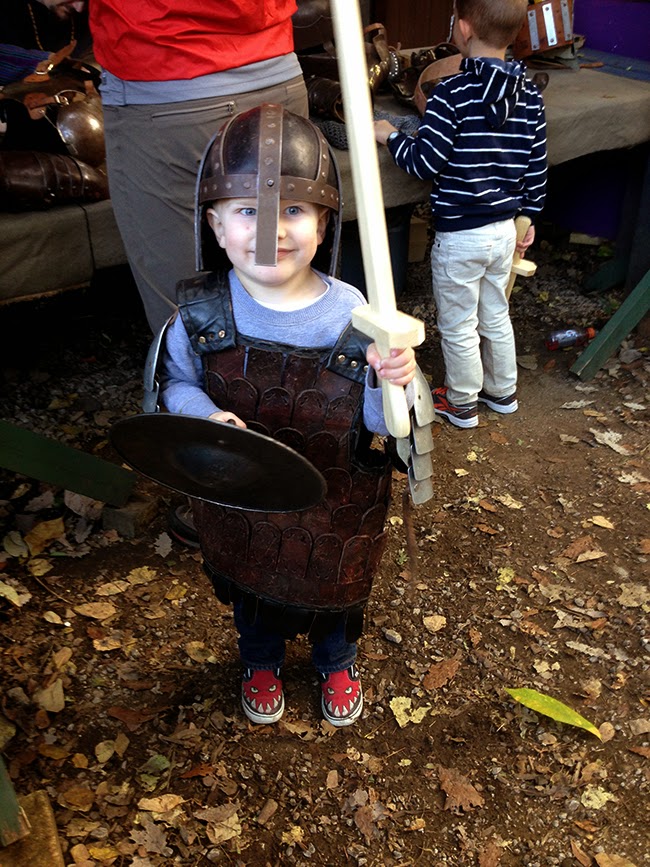 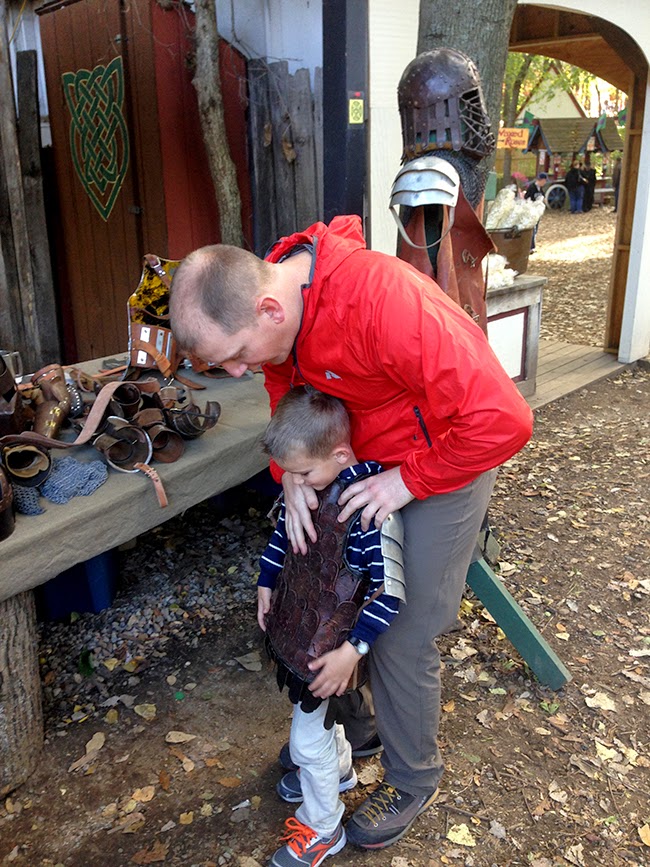 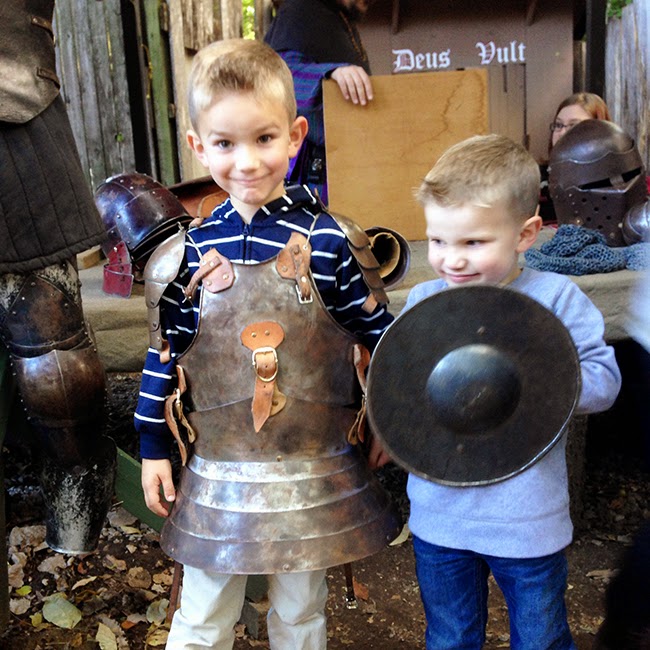 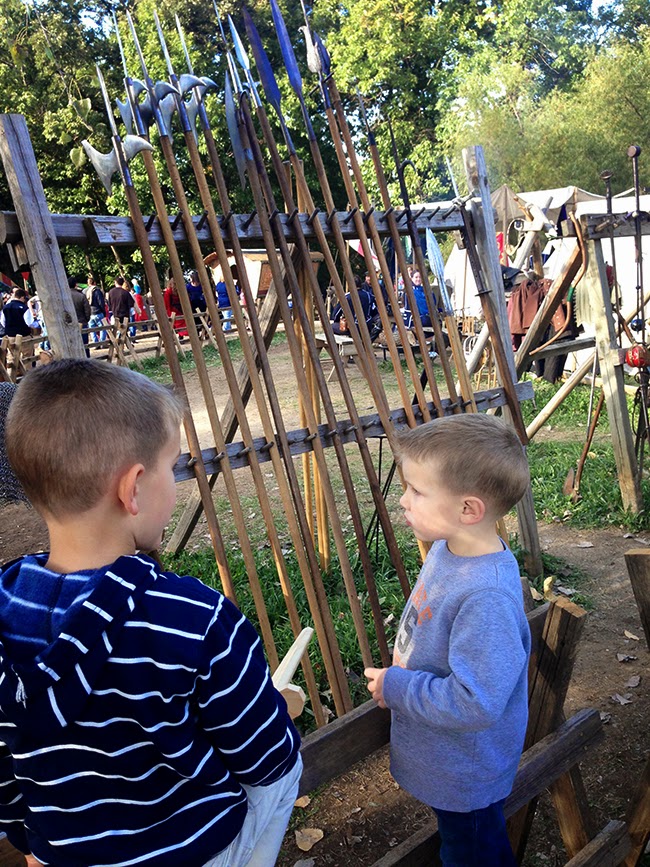 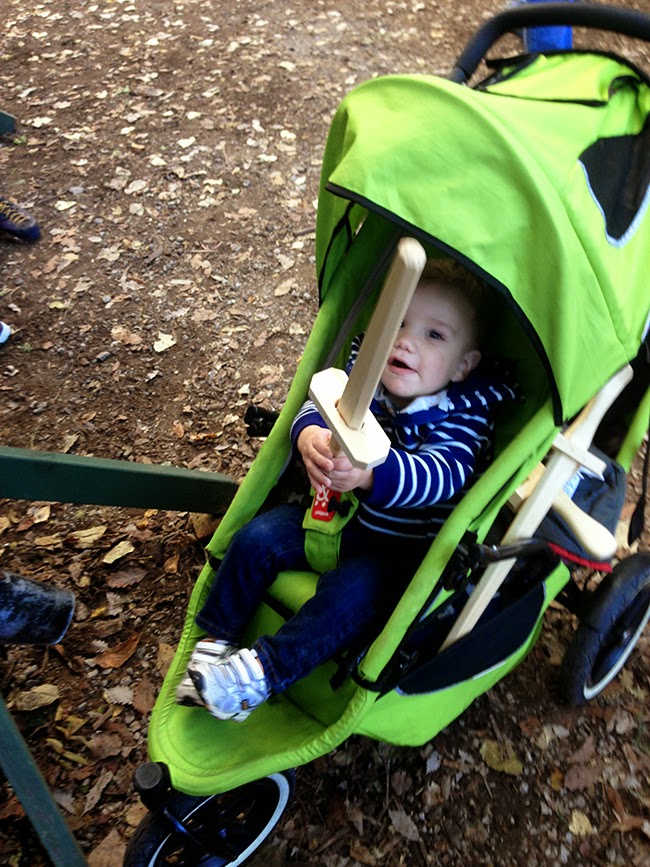 The very best part of the day was seeing the jousting. We only made it for tail end of the show, but the actors were literally on horses jousting, and then they sword fought to the “death.” It was well done and worth getting there earlier to see the whole thing. 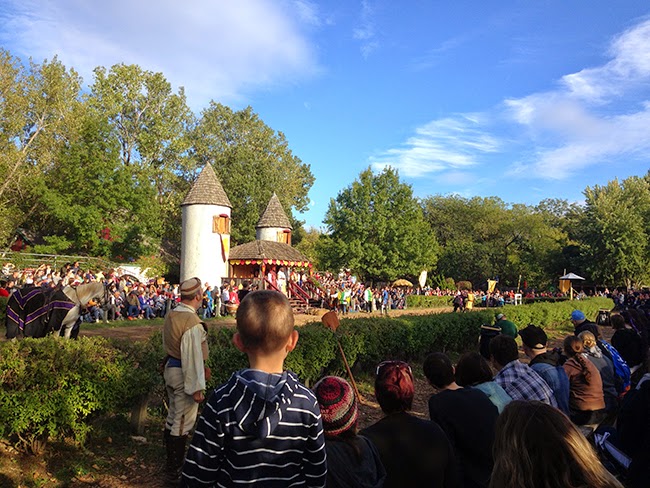 We also stopped in at the petting zoo, saw plenty of street performers, and of course tried the food. Knox was happy with his own corn on the cob, and I was pretty amazed by the apple dumplings. And when I say amazed, I mean I ate two! While we ate, the kids played in the children’s area and got to make free magic wands. They even got to test them with a wizard! 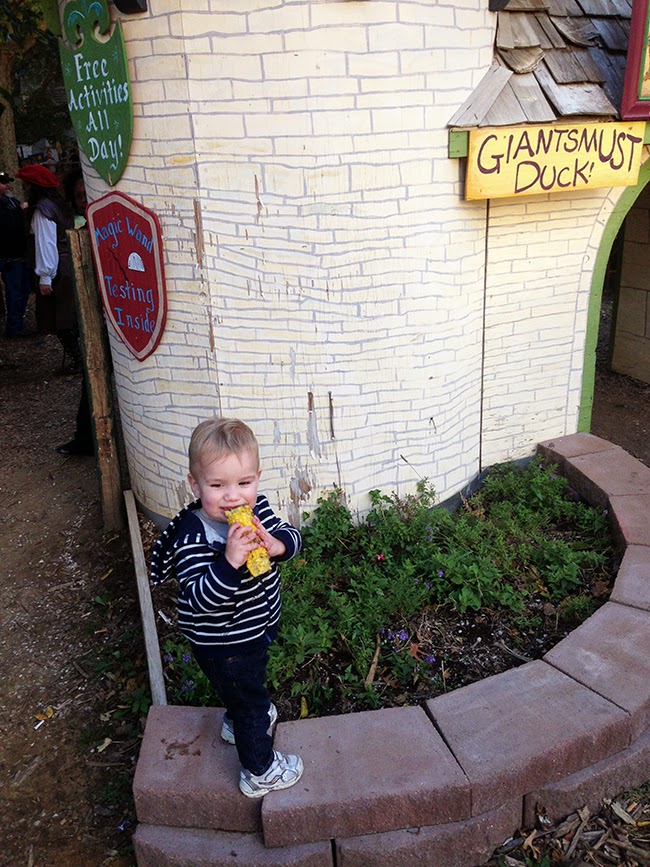 The last time I was at the Renaissance Festival, I was in high school and I enjoyed it. But taking my kids and being excited with them was 100 times better. If you are local and you have kids (or don’t have kids), I definitely recommend heading over to Ren Fest this weekend. We will definitely be back next year and could have easily spent more than one day there.
-This weekend (Oct 10-13) is the last weekend of the festival this year. You can find places to get discount tickets here.
-The last day, Oct 13, is Ladies Shopping Day where ladies get a discounted ticket of $20. The ticket includes admission, a glass of wine, a swag bag, and discounts at different crafters throughout the festival!
Have you ever been to a Renaissance Festival? Do they have something like this in your area?

5 Things To Keep Kids Busy In The Winter