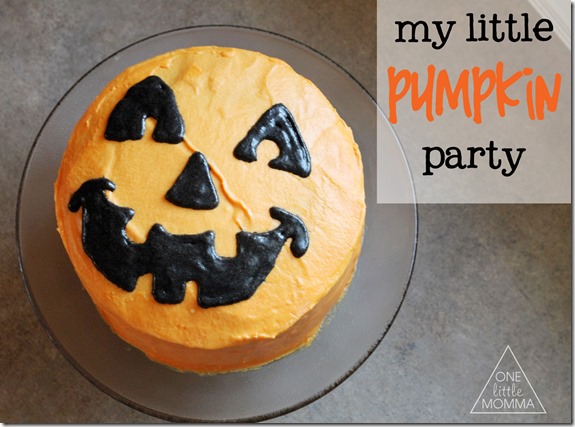 Well, I’m sure you have noticed that the stores are already full of pumpkins and candy corn and all things Fall. And while it is still 100 degrees-full-on-summer here, I admit I’ve been thinking and planning ahead for the upcoming season. My kids are planning their Halloween costumes and we have been throwing around party ideas for Kesler’s third birthday.

His birthday falls a few days before Halloween and that makes for a busy end of October. While this year he has a strong opinion about his party theme, he didn’t always. When he turned one, I had a hard time deciding what type of party to throw. In general I want to keep his birthday separate from the upcoming holiday, but for his first birthday I thought it would be cute to throw a pumpkin themed party. I  loved how it turned out and thought this might give a few mommas some October baby birthday/party ideas.

I decided on orange and light blue for the party colors. To add some vertical color I put together a few tissue paper flowers in blue and orange and hung them from the light fixture. 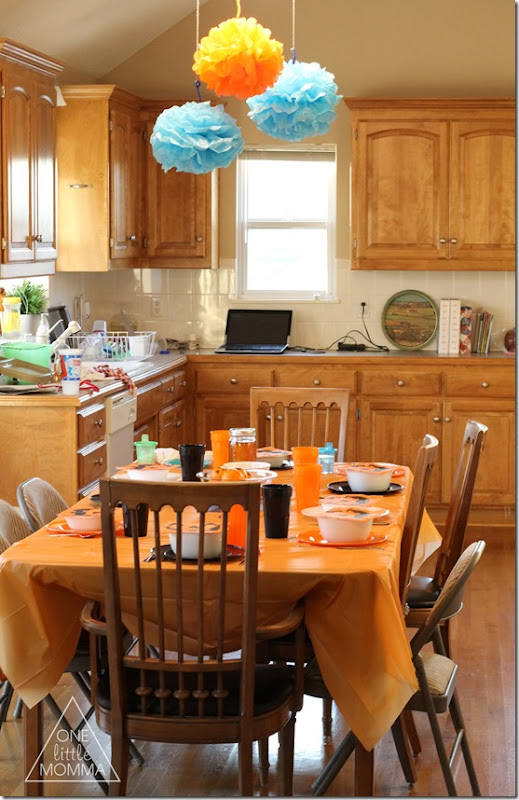 We had chili and cornbread for dinner (it was a family party), but I also used my cookie cutters to make some fun Jello jigglers. I cut out pumpkin shapes and K’s for Kesler. 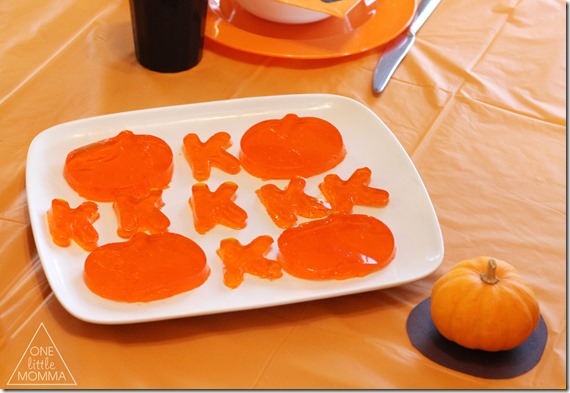 I drew jack’o’lantern faces on clementines and piled them in a bowl on the table. Easton thought they were so cool . It was fun to draw on different faces and this is something an older child could help with. 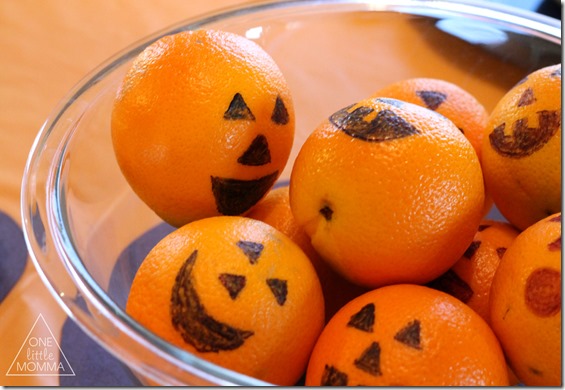 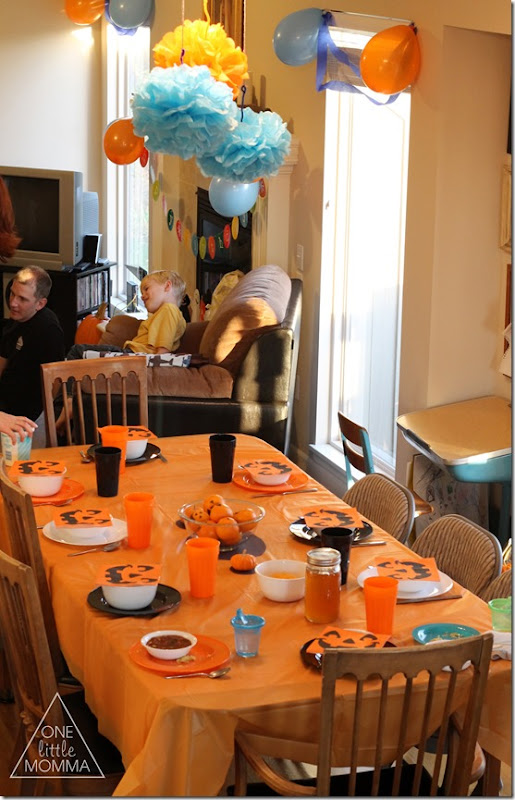 I grabbed some jack’o’lantern napkins at Hallmark and used those on the place settings. The rest of the tables set up was just in black and orange. 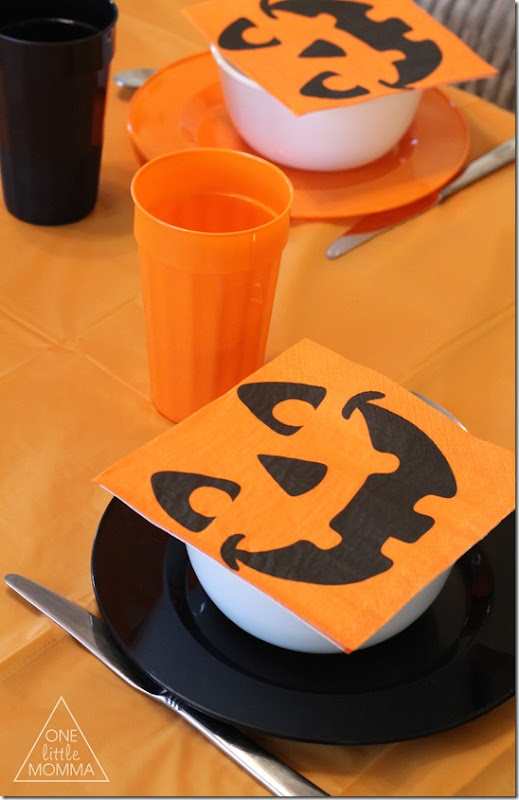 I loved the face on the napkins so much that I used it on the cake too! I just grabbed some black food coloring and piped on the face to the chocolate cake with orange icing. Simple but just right! 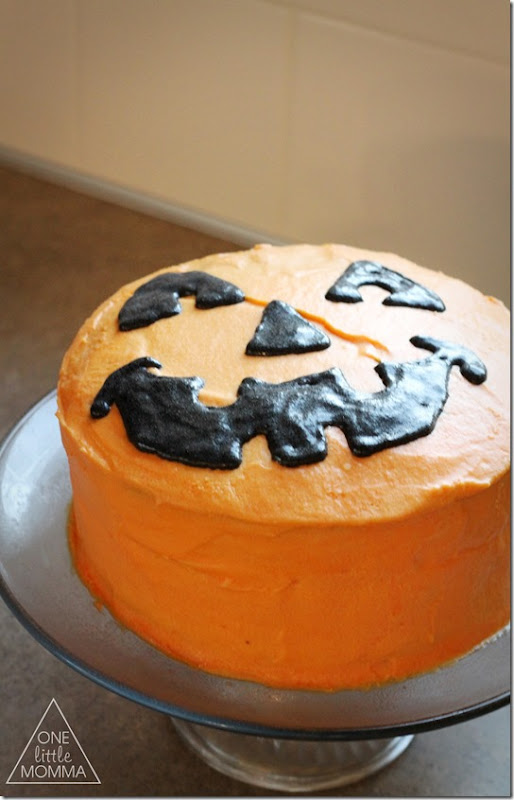 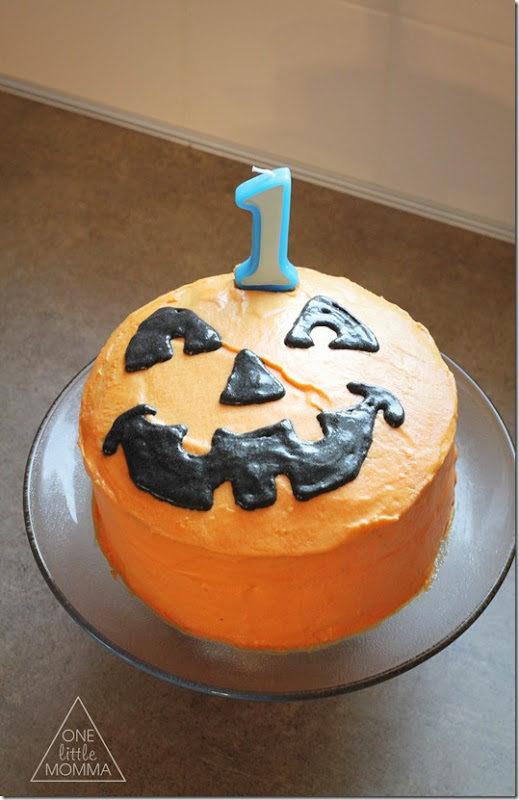 I can’t believe how little our Kesler was when I look back at these photos! He was just learning how to walk! 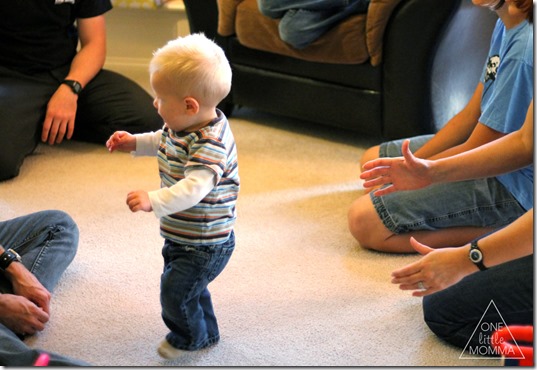 He was such a goof then- and it was only an inkling of what was to come from that little guy!! 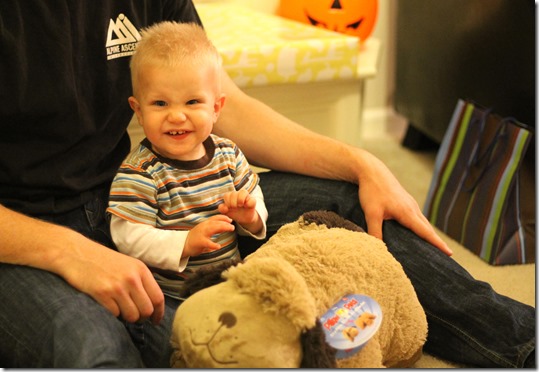