Last weekend we had our first getaway-on-an-airplane together since having kids. We’ve left overnight once and had a few full day together here or there, but this was our first REAL getaway. Soren is hit or miss on holidays and birthdays, but this Valentine’s he really pulled off a great surprise. The best part was that I didn’t have to figure out any of the babysitting arrangements. 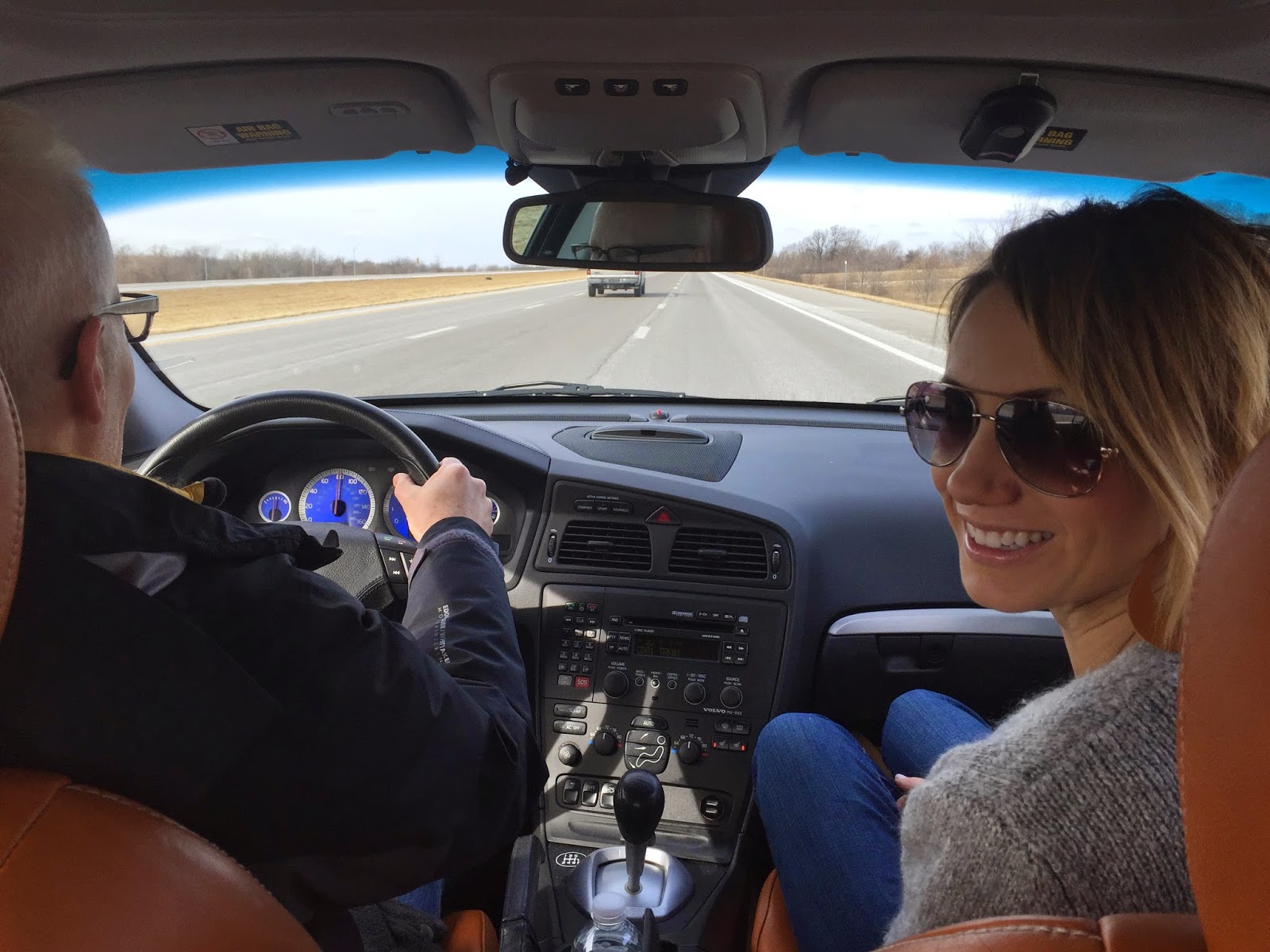 We left on Friday morning and my Dad took us to the airport. The kids stayed with my parents for the day and had a great day with Grandma and Grandpa. While we were jet setting, they painted, played with balloons and soaked up all of the fun at Grandma’s house.

We caught a quick flight to Nashville and rented a car when we landed. It was hilarious to hear us trying to navigate in a new city. We were totally that old couple who didn’t have a clue where we were going and were bickering about which road to take and how bad the other drivers were. We made it downtown and oriented ourselves with where our hotel was and what else was around. 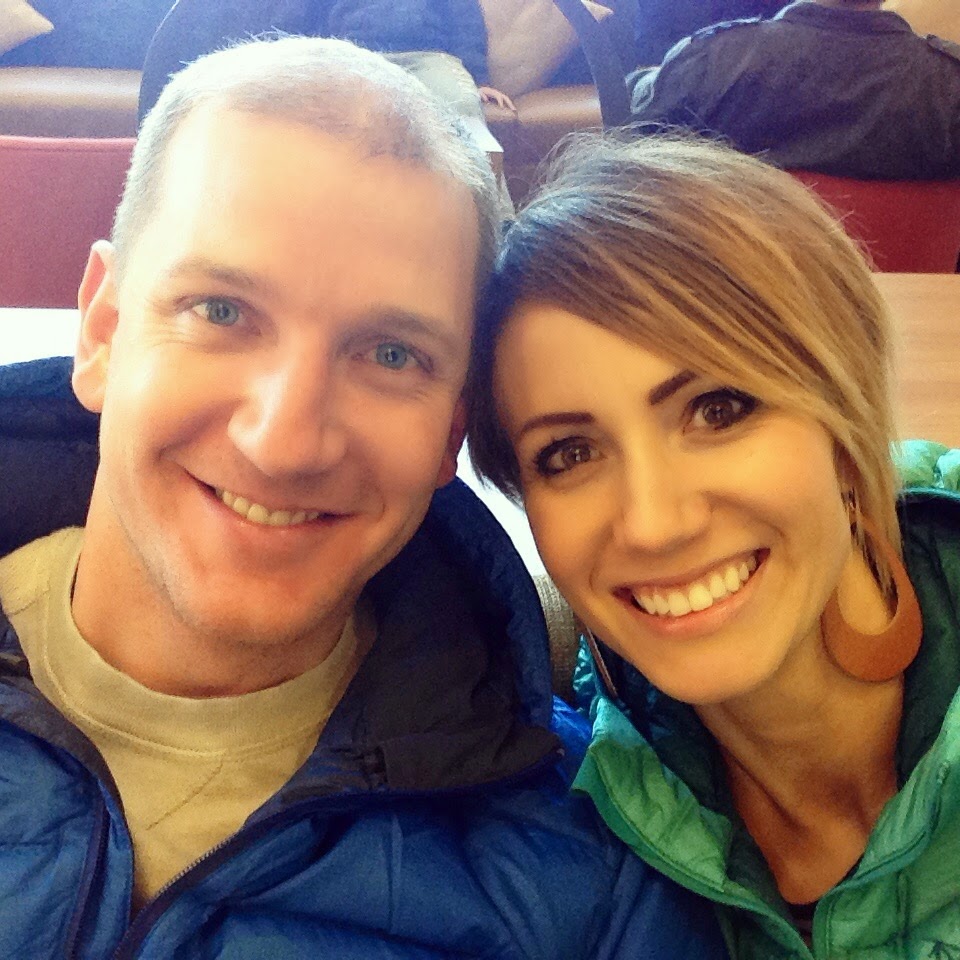 The weather was really cold- but the city is such a great place to walk around in so we grabbed a parking spot and joined the other tourists. It was lunch time and I love barbecue and pigs. So Jack’s Bar-B-Que was a no brainer. And it was delicious! 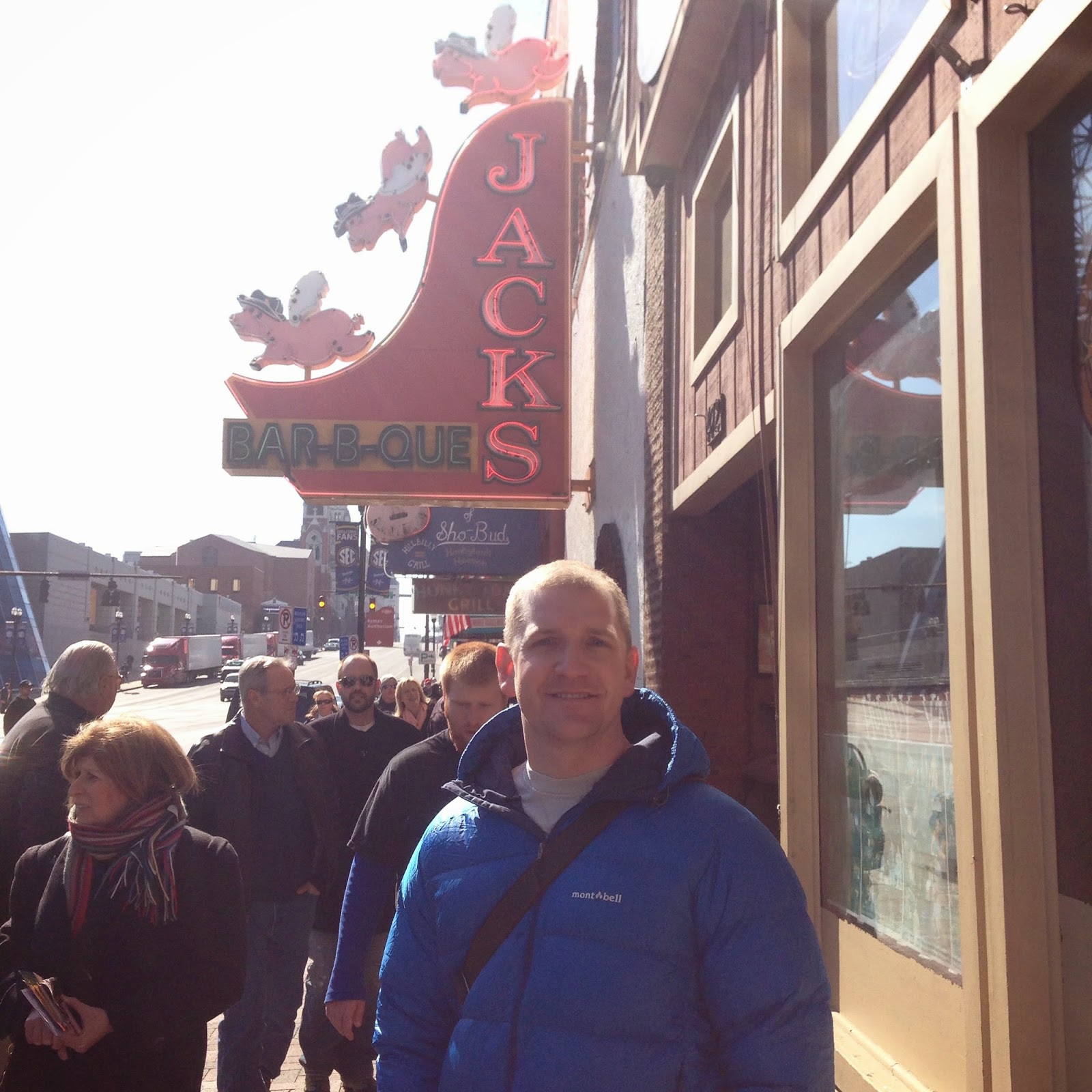 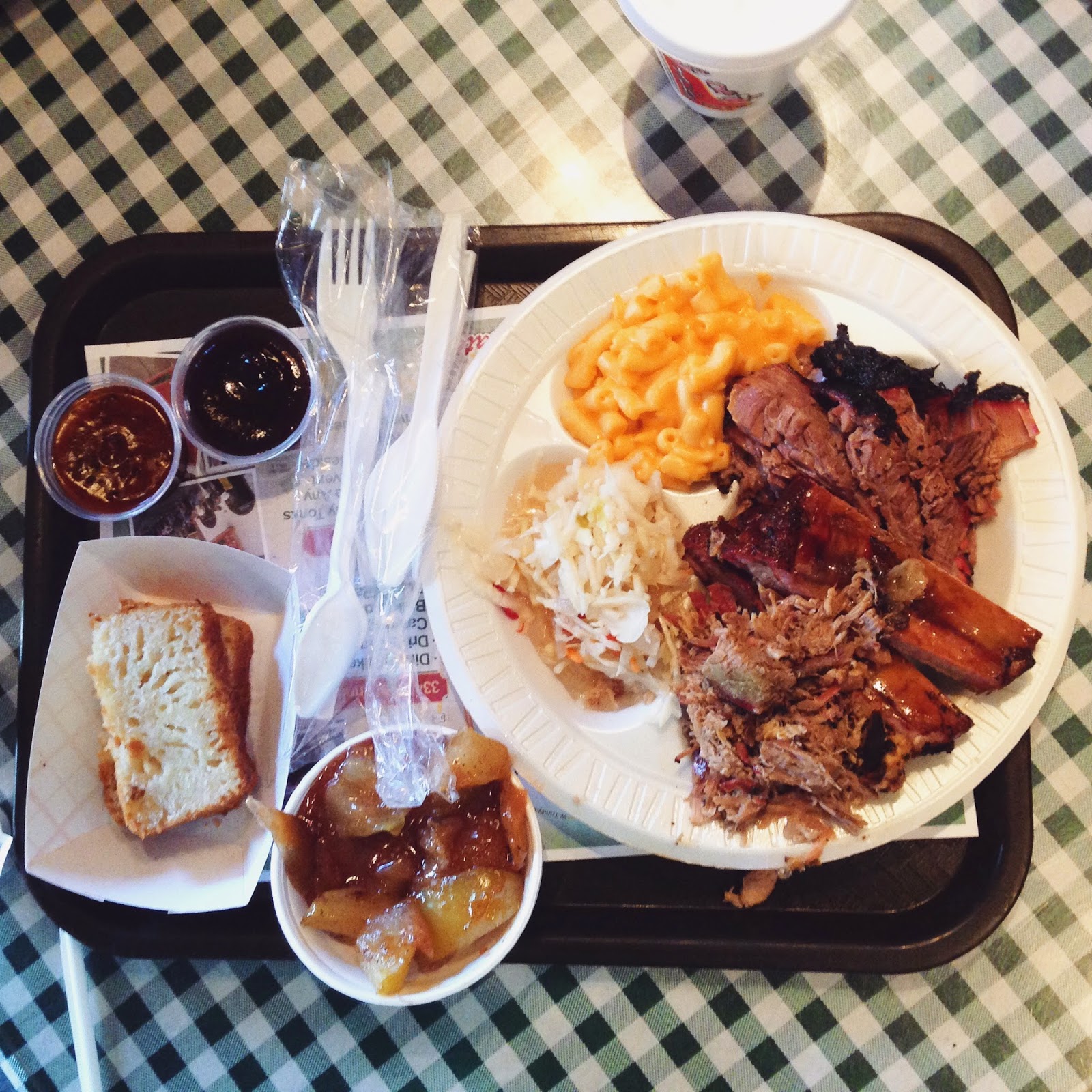 We walked Broadway and checked out boot shops and boutiques. I loved listening to the clearly not-country wives trying to convince their husbands that they needed a pair of $300 cowboy boots. But the end even I was thinking about it. Luckily we saved our money when didn’t find just the right pair. And then we spent all of our money on dinner. We ate at Rodizio Grill and it was so, so good. Soren served a two year mission in Brazil when he was 19 and still loves the food. He was in heaven and I loved it too. 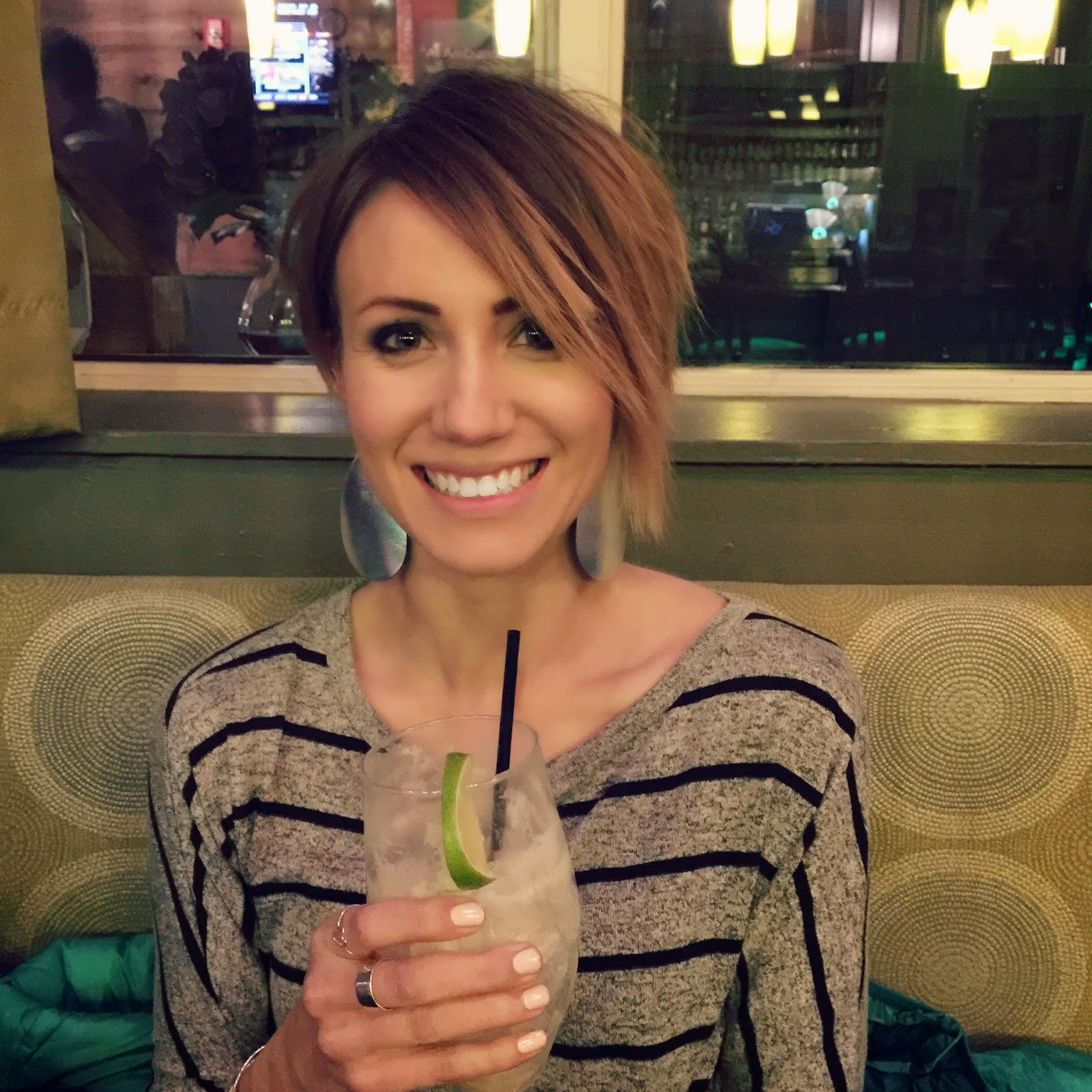 We walked to the concert after dinner and although it was freezing, it was good to walk off all of that food. There were so many people out and the city felt really alive. There were lots of little one-man-bands along the streets and live music coming out of almost every door. 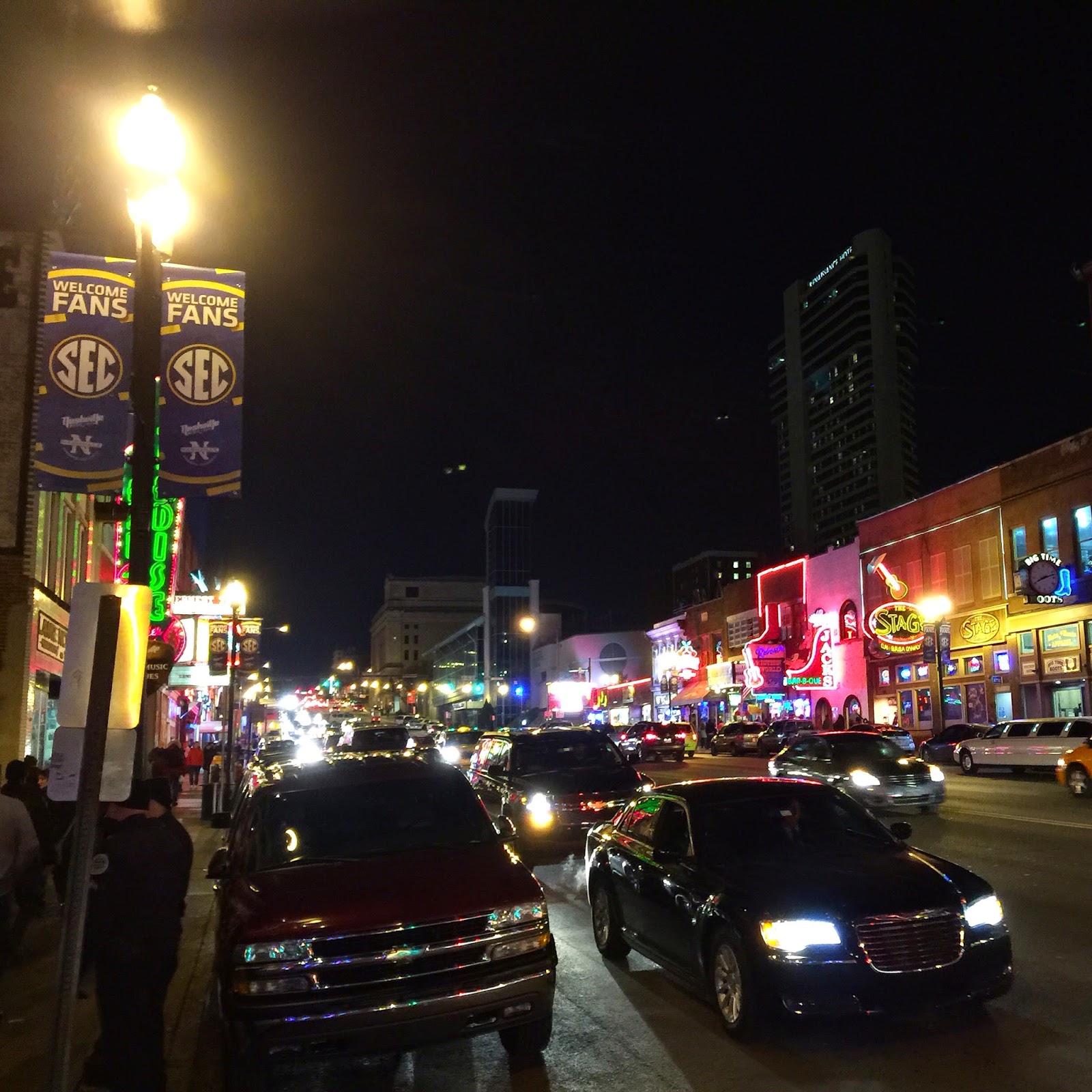 We made it to Maroon 5 and had seats that were kind of behind the stage. At first we were a little disappointed by the seats, but once the show started they were great. We could see so much more than if were were directly in front of the stage, but in the nose bleed sections. The band played a great show and we enjoyed it. (I didn’t get a picture of what I wore to the concert, but it was a gray and black striped sweater, black denim, these boots, and this fringe bag.) 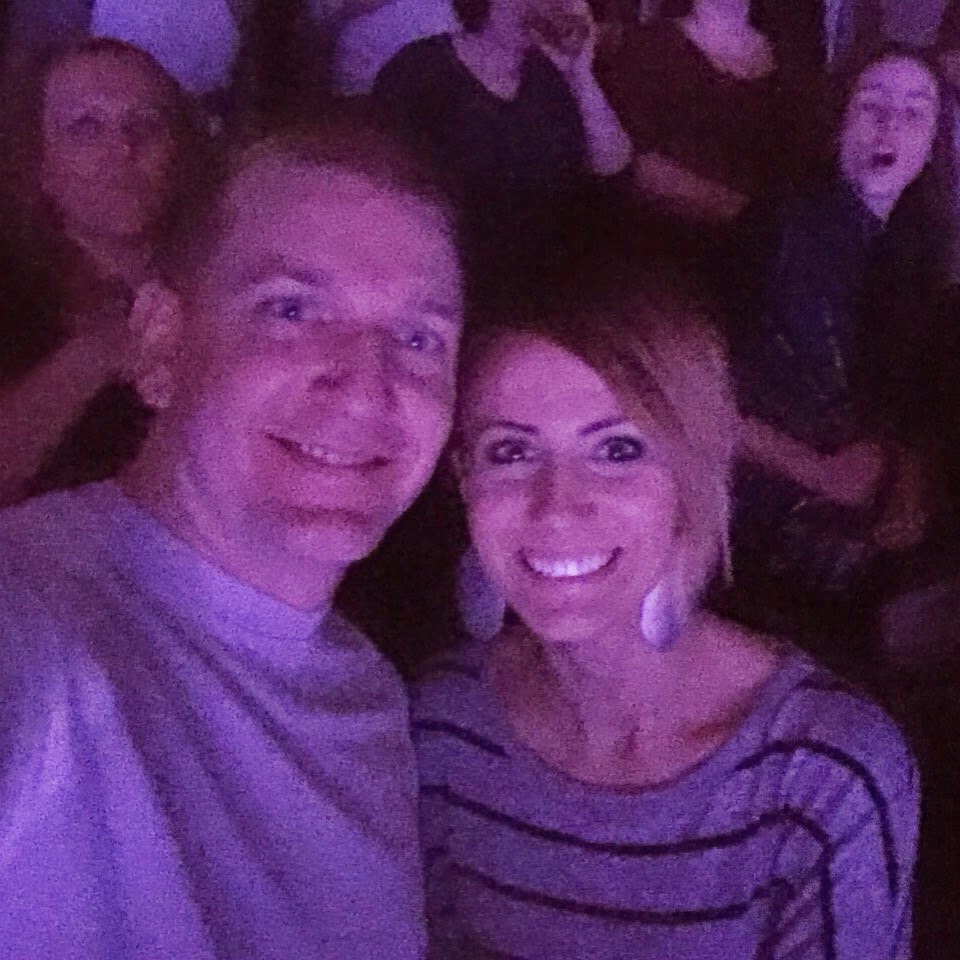 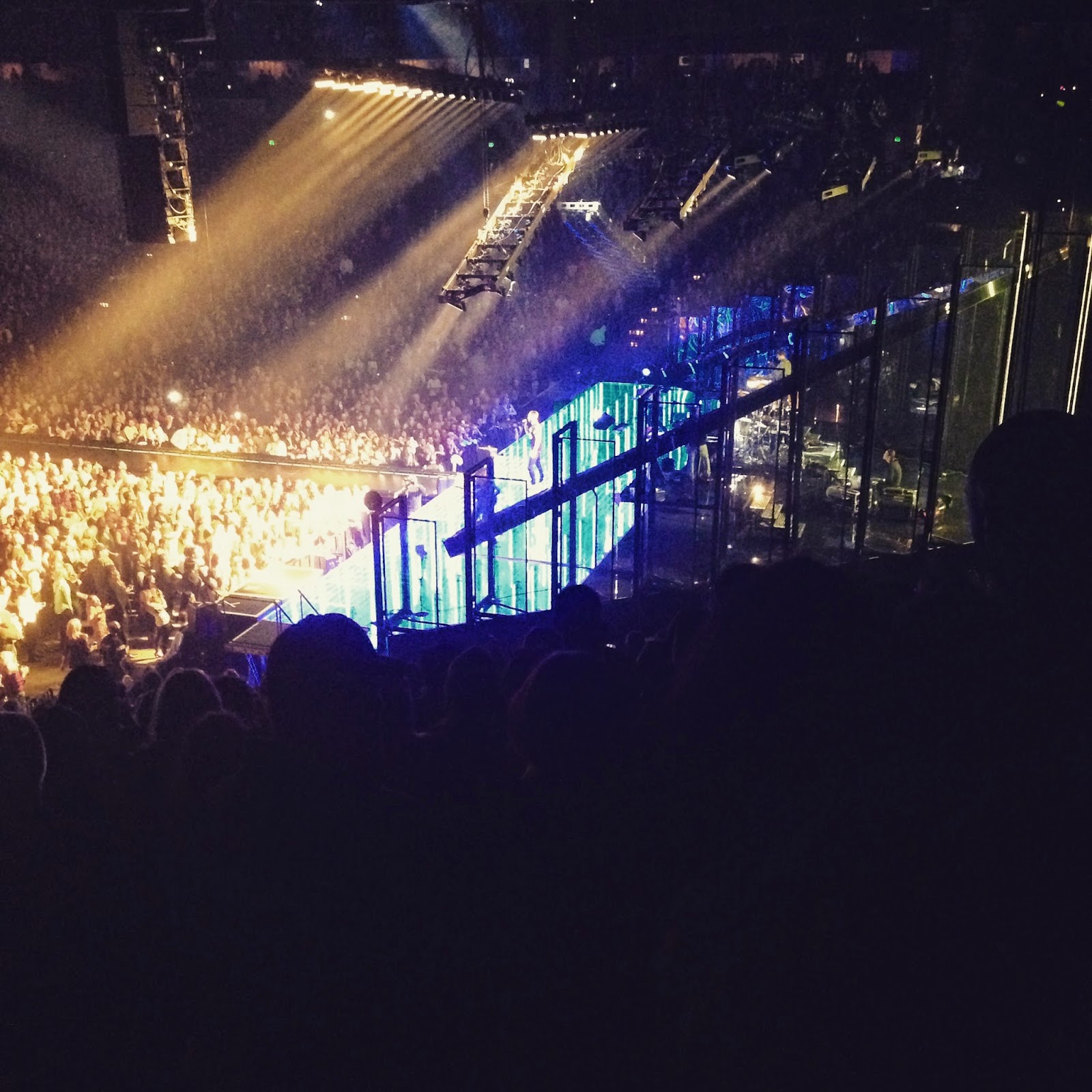 Our hotel was close to the concert venue and we enjoyed our stay. We got dessert and watched a show after the concert and it was so nice to go to bed knowing no one would wake us up! 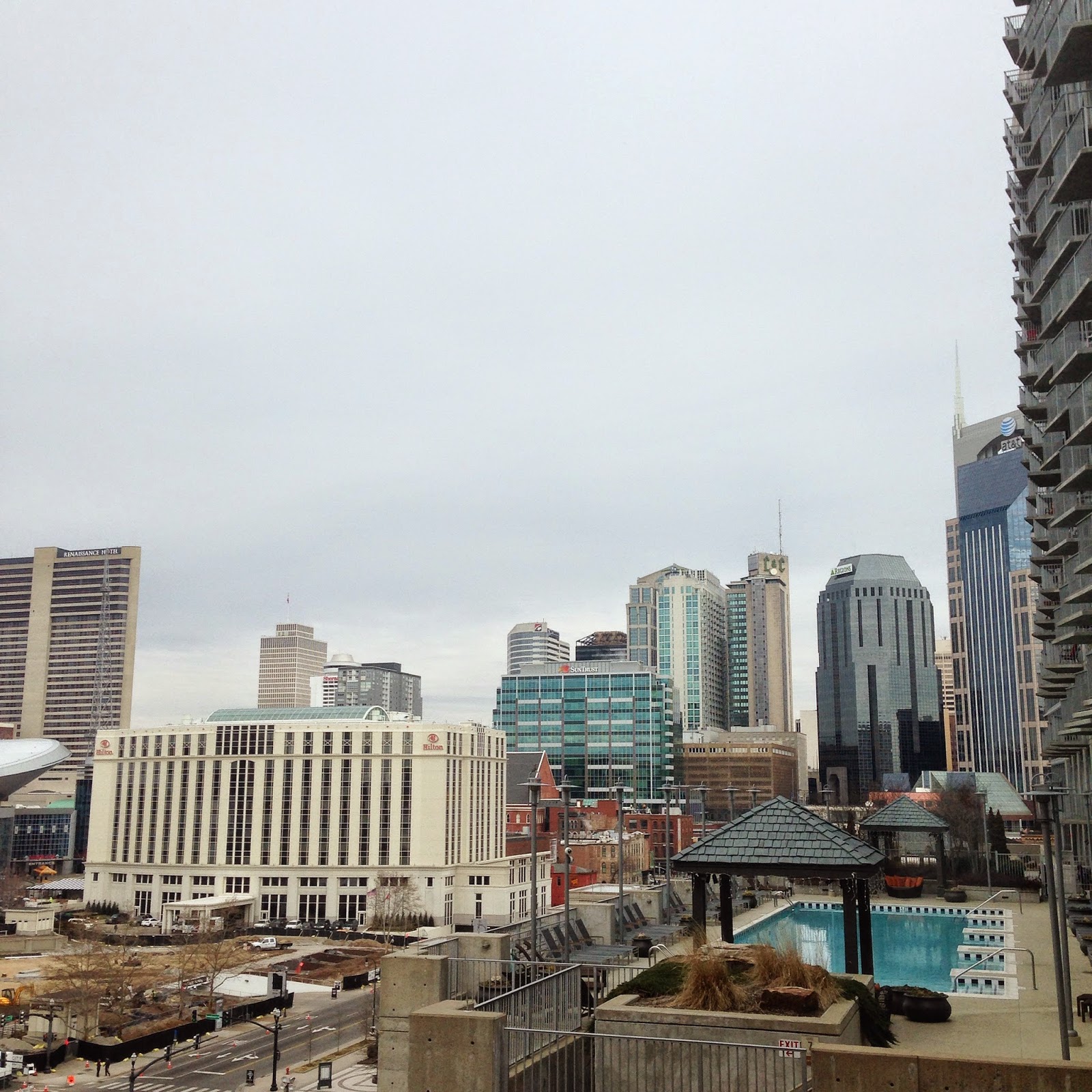 In the morning we took it easy and got ready. Our flight left around 1 pm so we didn’t have much time. We wanted to eat at the Pancake Pantry but we also wanted to stop by the leather store in Nashville. So we opted for the hotel’s breakfast and then checked out. 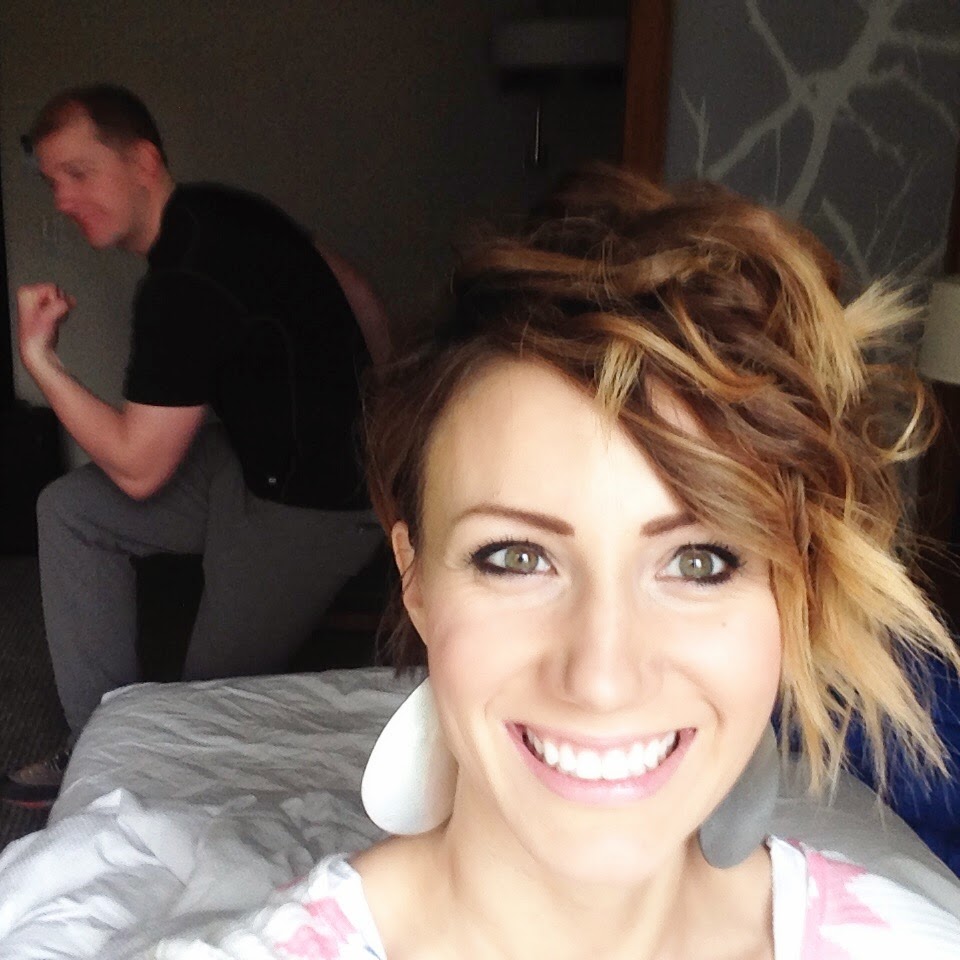 We made it to the leather store and browsed for a bit. It wasn’t great and we didn’t end up getting anything, but we couldn’t not stop. We’re always on the hunt for new leather for Nickel & Suede. 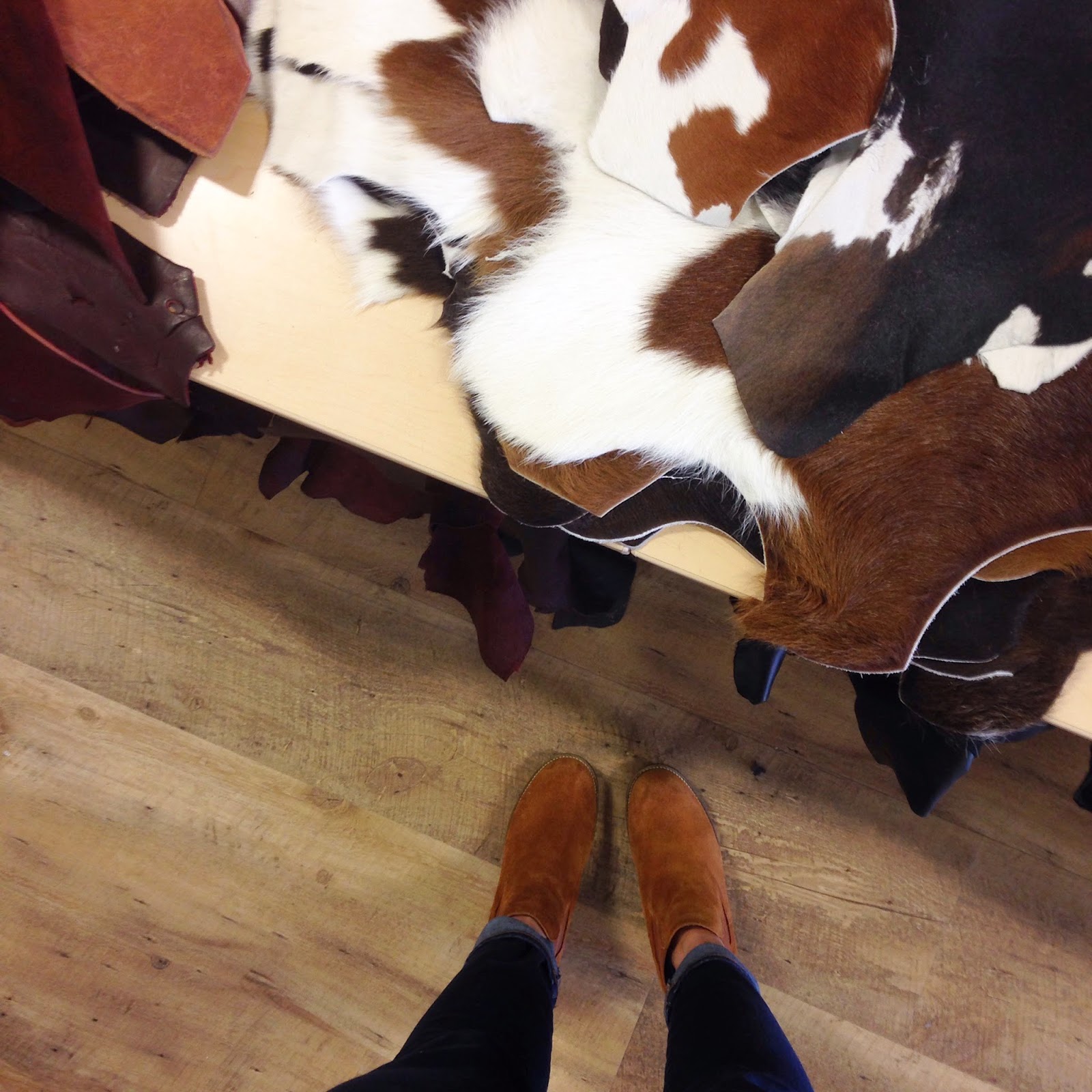 We caught our flight home and I went to pick up our babies. They of course were not ready to go home, but they melted down as soon as we arrived. They were all super tired from all of their fun and lucky for me they let me know all about it.

But it was still worth it! Even with cranky, tired kids to come home to- it was good to be home and even better to have gotten away. 24 hours away is quick, but I think that’s the way to do it. Good job Soren!

How often do you getaway from kids? What destination in on the top of your wish list?

Anniversary Sale – The Best Of

The Evolution of ONE little MOMMA