Today will forever be one of my favorite days of the year. Not only does it mark the end of January, one of the longest and hardest months of the year, but it’s also Rush’s birthday! Our sweet, handsome, perfect little boy turns one today! 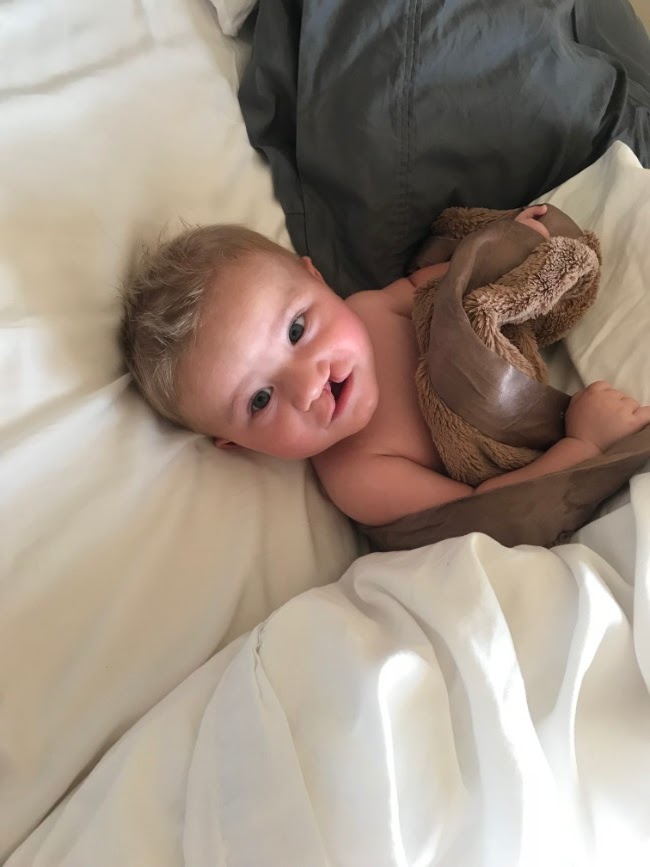 The day he was born was one of those days that marked a big change in our lives. I had been stressed about meeting him since we found out that he would have a cleft lip and palate. What would he look like? Would he be able to eat? Would we feel any differently toward him than our other kids?
We were also worried about his size. The doctors were concerned about failure to thrive in the womb and decided to induce me early. That alone was scary! I’d never been induced before and it wasn’t a quick thing. I had to suck it up and step into the unknown in so many ways that day.
We woke up that day ready to have a baby, but my body wasn’t telling me that, just our appointment. I walked into the hospital and they took their time getting things ready and things started REAL slow. My previous labors had all be fast, stressful and over quickly. The idea of things being drawn out was not appealing to me.
However eventually my body got with the program and I went into labor like I was used to. I’ve never had an epidural so there was all the pain and the breathing and the pushing. And then he was here! Our little man arrived and we all wondered how severe his cleft would be. 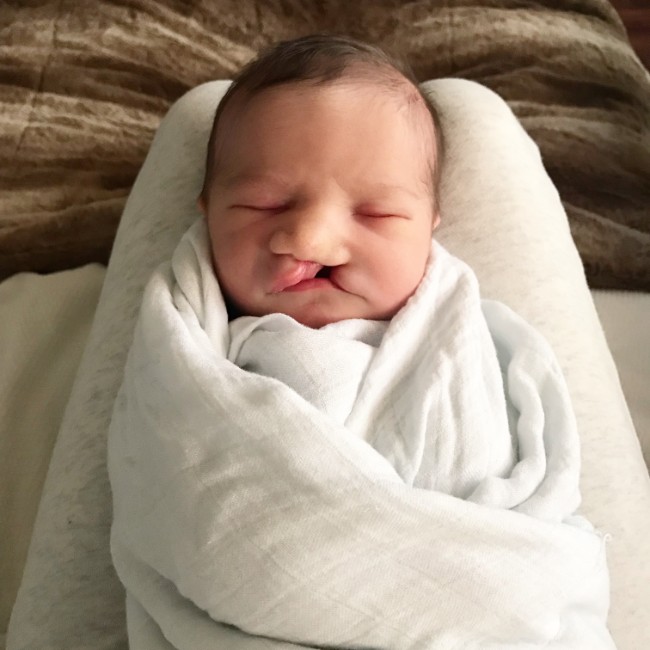 He did look different. But he also looked like ours. And we instantly felt an even stronger desire to protect him and help him and make sure he would be alright.
After months of worry and stress about all of the unknowns, it was so peaceful to just have him in my arms and know he was okay. He would be okay. We’d make sure of it.
I had no idea how much I would be stretched over the next few months. Between trying to pump and take care of everything else in our lives, the normal up all night baby stuff and then his appointments, it wasn’t easy.  We had weekly appointments that were pretty interrupting in our lives. We had to tape his lip daily and then work with the NAM daily. For 10 weeks. There were two surgeries and the hospital and recovery time. I was so tired, but we made it work. We rose to the occasion and I really felt like success was our only option. We had so much support and help and honestly the biggest champ of the entire situation was of course, Rush.
Through it all Rush was a trooper. He smiled so early. He has been the happiest baby. So full of light and fun and laughter. He rarely complains and takes everything within stride. He is easily amused, loves entertaining others and really exudes happiness.
We’re so lucky to have him. And I’m so glad we feel that way. There was a scary time while I was pregnant with him where it felt like there was a mistake. I had done something wrong. We needed a do over. Maybe Baker should have been our last one. 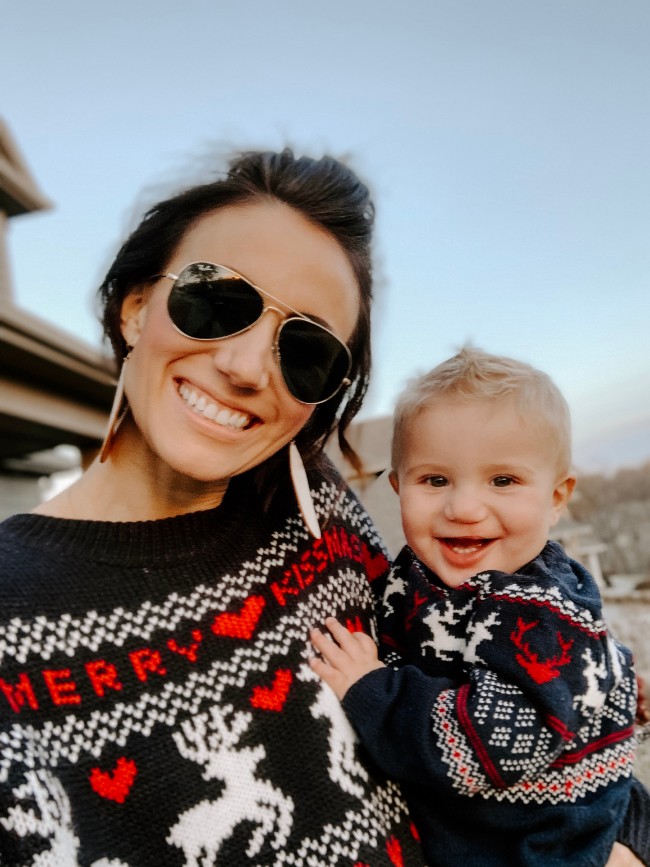 But those thoughts were just that and they were so wrong. There were no mistakes and Rush certainly belongs to our family. I’m so thankful for the experience of having a baby with challenges attached. It has only changed our lives for the better and the struggle was 1000% part of that joy.